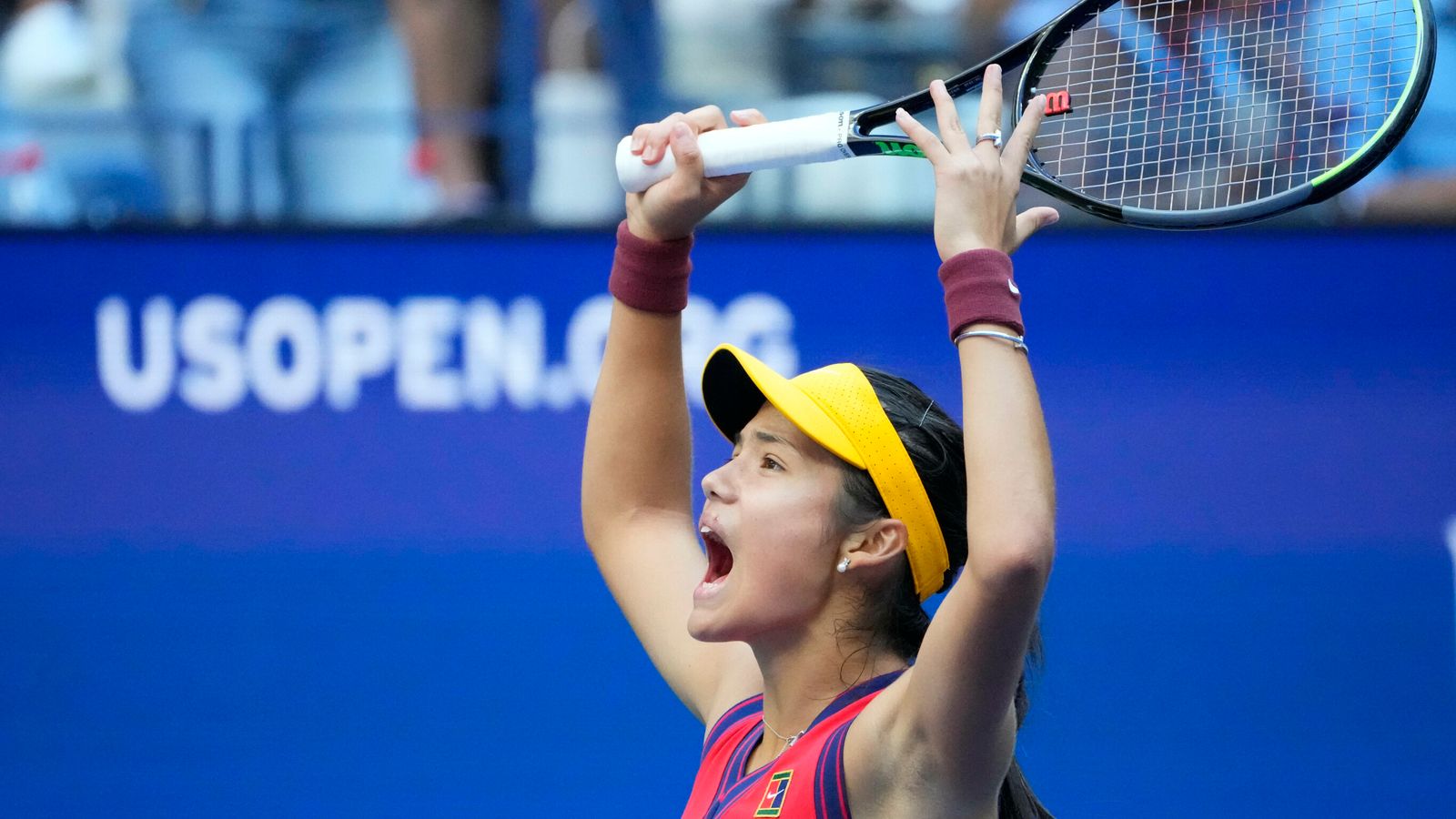 Their showdown was the first major tennis final between two teenagers in 22 years.

Raducanu, who was born in Canada but moved to England with her family when she was two, came to the final having not dropped a set in the tournament.

But she also had less time on the court – five hours less than Fernandez’s 12 hours and 45 minutes.

The Briton made the stronger start, holding serve in the opening game and taking her sixth chance to break for 2-0.

But each rally was hard fought and both women read each other’s games in a way their previous opponents had not managed to do.

Raducanu brought up two set points in the 10th game with a brilliant return shot and, while Fernandez saved both of them, and a third, the Briton won the fourth to take it 6-4.

The drama intensified towards the end of the match as Raducanu was forced to have a medical time out – skidding on the court and hurting her leg as she raced to return the ball.