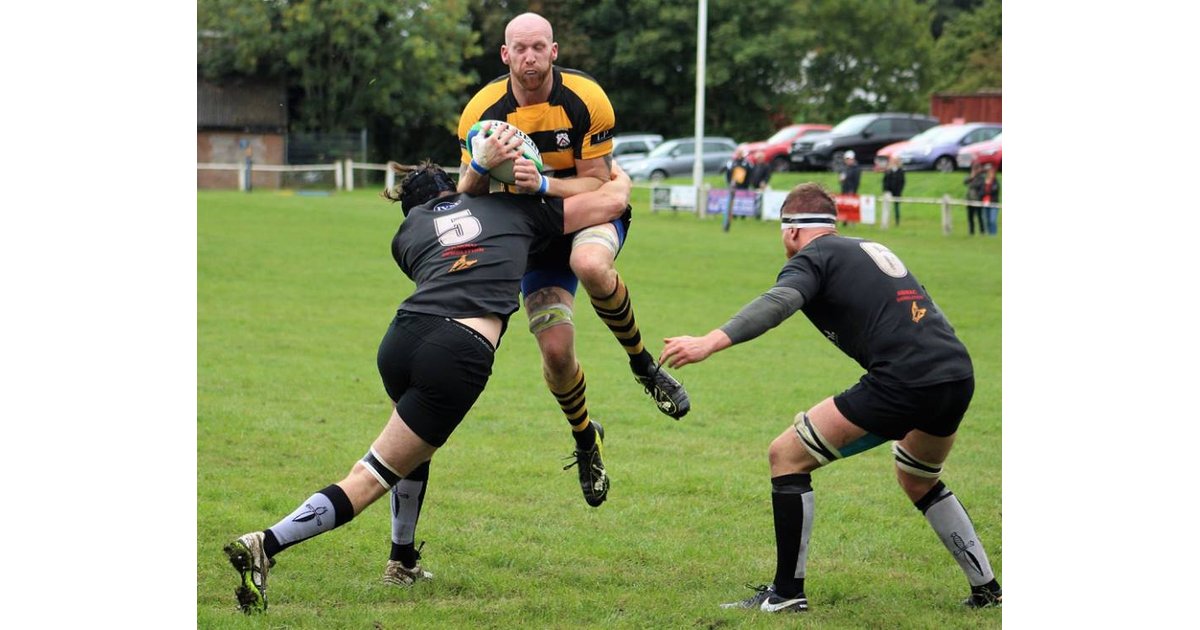 Stafford battle their way to a well- deserved losing bonus point in the opening match of the new season.

Stafford welcomed Spartans to the county ground for the opening match of their return to the Midlands 2 West (North) division. Spartans finished fourth in the league the previous season with an impressive record of 15 wins and only 7 losses, so the newly promoted home side were in for a difficult test.


A ferocious start saw both teams crashing into the game with some brutal clashes as they tried to create an early advantage. The heavy pack of Spartans forwards battered their way slowly up the pitch but were met by an equally determined Stafford response which successfully broke up the attack. Neither side could find a significant advantage but a dangerous assault, by Spartans, required a heroic tackle by Matty Walklate to disrupt the play. This ended the Stafford players game as he was helped off the pitch slightly dazed from the encounter. The home side responded with a couple of darting attacks of their own, Stewart Lewis and Dean Fuggle finding some success with the ball in hand. The heavens opened to drench the teams and made playing difficult with a greasy ball. Spartans finished the half the strongest with a period of pressure that snatched a one try lead before half time. Stafford went into half time trailing by 0 – 7 but very much in contention in a very tight game.


The sun came out at the start of the second half and Spartans continued to build all of the pressure. Stafford were defending on their own line for long periods but were equal to anything that the visitors threw at them. The game was still finely balanced and Stafford looked dangerous when they managed to break out of their own half. Despite a monumental effort from both teams, there were no more points in an exhausting game.