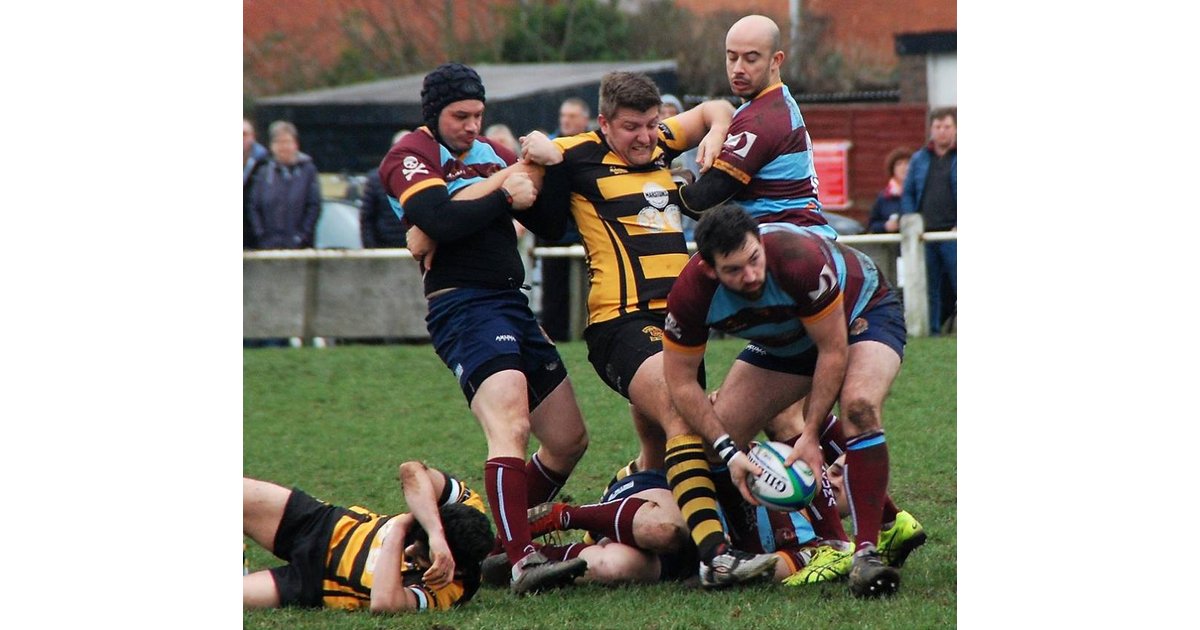 Stafford stand tall at the County Ground as they take the fight to 5th placed Camp Hill.

Stafford welcomed Camp Hill to the County Ground for the first game of meteorological spring. The reciprocal fixture had seen the visitors taking a comprehensive 67-10 victory against a travelling team which had been depleted by injuries and unavailability.


The opening phases of the match saw the team sizing each other up with some hard contacts and friendly banter. Dogged Stafford play seemed to be gaining the upper hand before a rippling Camp Hill counter attack snatched the first try of the game. The home side responded immediately from the restart forcing the visitors into conceding a penalty and the boot of Lewis Cantrill cut the deficit to a couple of points. Camp Hill built pressure and, despite some strong defending, forced their way over for a second try of the afternoon. Stafford roared back into the game with big carries by Callum Hoy and Gareth Ley eating into the visitor’s territory, allowing the rest of the XV to swarm through causing havoc. Camp Hill eventually gave away a penalty which was deftly turned into points by Lewis Cantrill. A final surge by the visitors saw them camped on Stafford’s line but neither side were prepared to concede any further ground which culminated in a yellow card for each side to close the half. Stafford went into half time trailing 6-10 but having competed evenly against a strong Camp Hill XV.


With fourteen each on the field the second half resumed with some teeth rattling clashes leaving players slowly getting back to their feet. Stafford were getting the better of the encounter and a subsequent penalty could have bought the scores to within a single point, but it flew just wide. With both teams back up to a full compliment the game turned feral as Camp Hill attacked and Stafford forced them to fight for every inch of territory. The visitors eventually got an exhausting reward when a scrum trundled over the line for the third try of the afternoon. Stafford continued to find success ripping through the Camp Hill defence, but were always undone by a final pass. The visitors took their opportunities clinically with the fourth try, and bonus point, coming courtesy of the hard-working travelling forwards. Stafford wouldn’t lie down, smashing their way through the fighting Birmingham defence to threaten the line. A couple of attacks were repelled before a long pass was picked out of the air by Callum Jones who ran over the remaining defenders for a consolation try. A Camp Hill penalty closed off any chance of Stafford getting to within loosing bonus point territory as the game meandered to a bruising close.