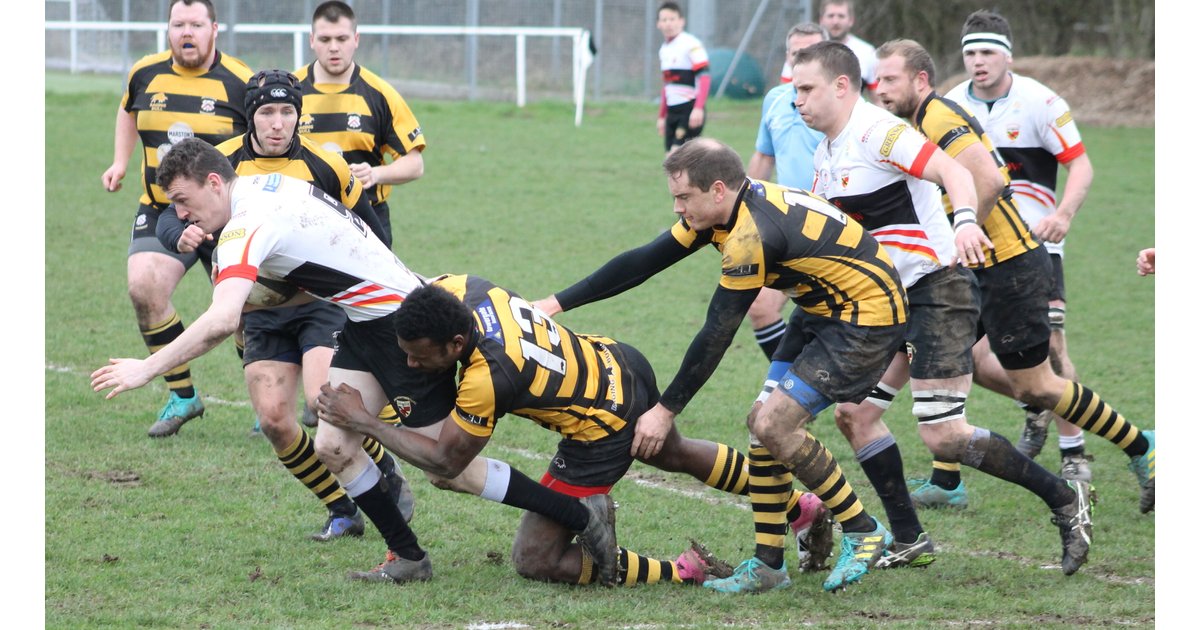 A strong second half surge keeps the points in Cheshire despite a hard-working performance by a travelling Stafford XV.

Stafford travelled to Crewe & Nantwich for the penultimate away fixture of March. The reciprocal fixture had seen the home side taking an 8 -20 victory against the county town team. Squalling showers and a gusting wind presented interesting playing conditions for both teams.

The sound of the whistle starting the match had just faded when a charging Crewe & Nantwich secured a penalty, the resulting kick bounced off the upright to give the home side the first points of the afternoon. A second penalty added to the tally as the hosts started to extend a comfortable lead. Stafford shook themselves into shape, carrying the ball over some very hard yards to set up camp deep in the opposition territory. An excellent series of phases was assisted with a succession of penalties, before an ever-alert Sam Egerton squirmed across the line for a try. An injury to Joe Tait then subsequently to replacement Matt Walklate saw the county town team having to reshuffle positions and Callum Lennon filling the gap by relocating to the backs. Stafford resumed playing some good periods of rugby which culminated in Sam Egerton taking the visitors second try and the lead, converted by Christian Stelian. A final flurry of the period saw Stafford coming within touching distance of a third score, but they were denied by the referee’s whistle. Stafford went into half time leading 6 – 12 but down to a single available substitute on the bench.

Playing against the wind, Stafford conceded a succession of penalties at the start of the second half which conceded territory and ended with Crewe & Nantwich kicking for goal to cut the deficit to a single point. Stafford defended ferociously but a reshuffled XV eventually became stretched and the home side started to discover space out wide. A twenty-five-minute period saw a clinical Crewe & Nantwich crossing the line for four tries to secure the bonus point as the battling visitors tried to respond. Stafford wouldn’t lie down and a late surge ripped through the home side defence for Alosio Yamoyamo to cross for a consolation try.