Boro Ease Back In With Win Over Neighbours 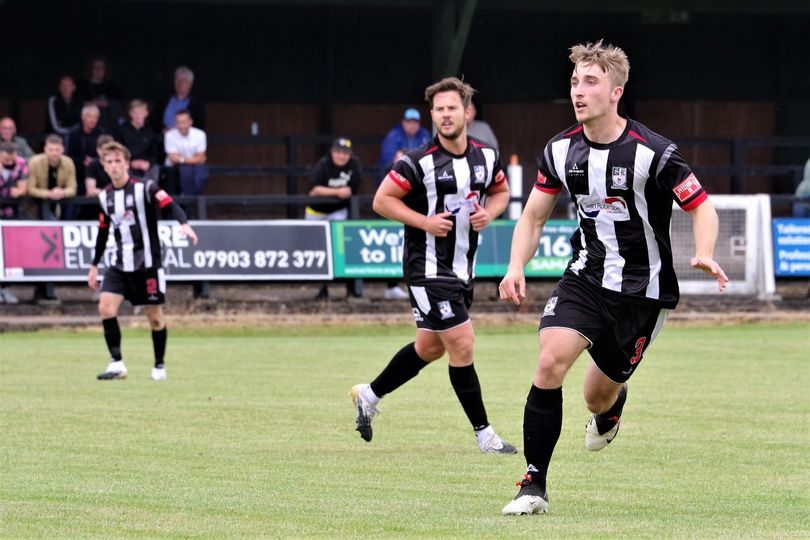 Rangers eased into the pre-season schedule with a fixture against their Staffordshire neighbours, on a warm afternoon at Marston Road, as fans returned for the first time since October.

In a proverbial “game of two halves” both teams fielded a different line-up in each half and the second half line-up for Rangers proved decisive.

Rangers had the better of a relatively uneventful first half, having some early pressure and possession before Newcastle had a brief spell of pressure, with former Boro man Joe Berks firing well off target and a minute later they forced their first corner. The hosts started to assert more pressure, with Lucas Green Birch involved with some good work as he shot just wide from 25 yards, before Morgan Payne just failed to make proper contact on a ball into the box. Green Birch then had another effort as he fired a partly cleared cross just wide and soon after this, a right wing corner was met with a near post flick from Jake Charles but Zak Noble managed to hold his shot safely under the bar. A brief foray into the Rangers final third say Jack Fishman delver and excellent ball in that forced a corner but this was cleared and the closing stages saw more home pressure as Green Birch again edged an effort wide, while an excellent run from Joe Kenton forced another corner before half time.

Both teams made mass changes for the second half with Rangers changing the full team, while Newcastle made just the eight! This made for a more lively affair after the teams had taken stages to settle. Rangers were more dominant and the league standings were more obvious as the experienced head of John Welsh was introduced and he had a say in how the game ran. Welsh, plus the introduction of John Kapend, Joe Cuff, Declan Arber and new signing Tyrone Olofi all had a major bearing in the final third and it took 15 minutes for the first direct effort from Kapend to be fired into the side netting from the right. Soon this was followed by a 62nd minute opener as Welsh threaded a fine pass down the left channel and Cuff cut in to fire across Noble to give the hosts the lead. Straight into it from kick off, the second followed quickly with another attack and when Arber was taken down, Olofi made no mistake from the spot for his first goal on his debut. A rare Newcastle attach saw Will Gibbons with a good run and shot but Jono Brown made a decent save. Rangers continued to press in longer spells and a great run from left back Ben Woods flashed across goal and Kapend somehow could not a apply a finishing touch. Another debutant, James O’Neill then latched onto a corner but his header was well saved. The most notable chance after this was the final action of the game, when Cuff got hold from about 20 yards and unleashed a low shot that Noble managed to keep hold of.

A satisfactory first run out for a squad under reconstruction and the second half, in particular, showed a different approach.