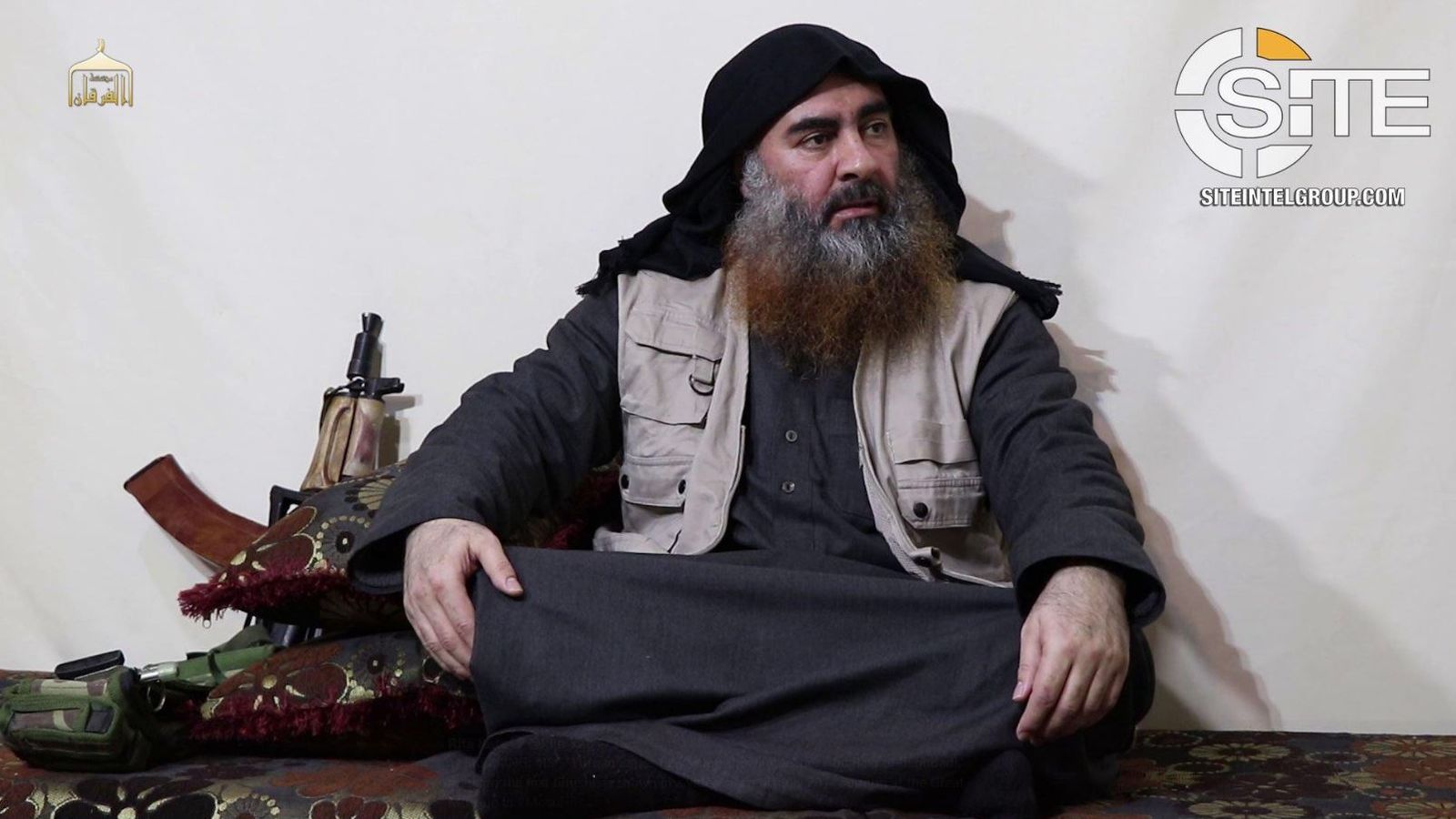 The leader, whose death or serious injury has been reported repeatedly in recent years, appears well – undermining the most recent word of him appearing thin and frail.

A bearded man with Baghdadi’s appearance sits cross-legged on the floor next to a machine gun and gives an 18-minute speech in the footage, which is in the process of being verified by Sky News.

If the man is Baghdadi, this is his first appearance in a IS video in five years.

5) There is serious danger not only to the fact that Baghdadi, #ISIS’ so-called Caliph, is still alive–but also that he is able to reemerge to his supporters and reaffirm the group’s us-vs-the-world message after all the progress made against the group. pic.twitter.com/BbqFGM78O8

It it, the man says he will seek revenge for those who had been killed or imprisoned in the fight against his group.

The footage, which was dated to April this year, was posted online by Islamic State’s Al Furqan media network.

In the clip, he praises those behind the Sri Lanka attacks, who claimed to be acting as part of IS, which suggests the footage must have been filmed recently.