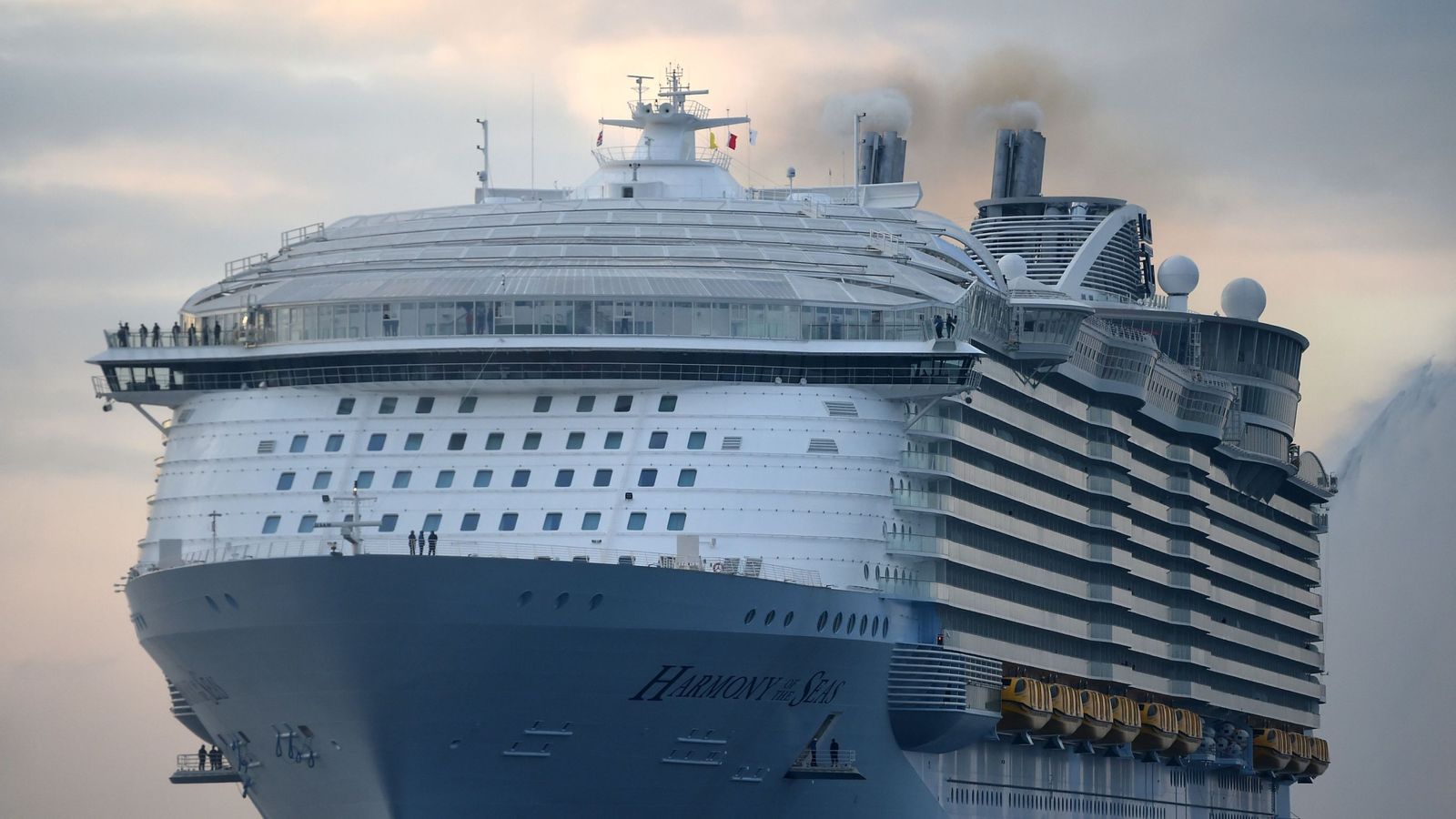 The US coastguard is searching for a British cruise ship entertainer who went overboard from a Royal Caribbean vessel about 300 miles off Puerto Rico on Christmas Day.

Royal Caribbean International says a member of its entertainment team onboard the Harmony of the Seas ship did not report to work as scheduled on 25 December.

It added: “We are saddened to report that after a review of the ship’s closed-circuit camera footage, he was observed entering an area on Deck 5 at around 4am and was not seen again.

“Local authorities were notified and a ship-wide search for the crew member was conducted.”

The company says its care team is providing support to the family, adding that its “thoughts and prayers are with them during this difficult time”.

Harmony of the Seas is currently sailing on a 7-night itinerary that left Fort Lauderdale, Florida, on Sunday.

The Foriegn Office says: “We are providing assistance to the family of a British man who has been reported missing off Fort Lauderdale.”

The US coastguard named the crewman as 20-year-old Arron Hough.

It said: “The Coast Guard is searching Wednesday for a missing crew member, who went overboard from the Royal Caribbean cruise ship Harmony of the Seas 267 miles northwest of Aguadilla, Puerto Rico.

“Missing is Arron Hough, 20, of the United Kingdom.

A HC-130 Hercules airplane crew from Clearwater and the crew of the Coast Guard Cutter Resolute are searching for him.

The Miami Herald reports Mr Hough is part of the cast which performs “Grease” on the ship.