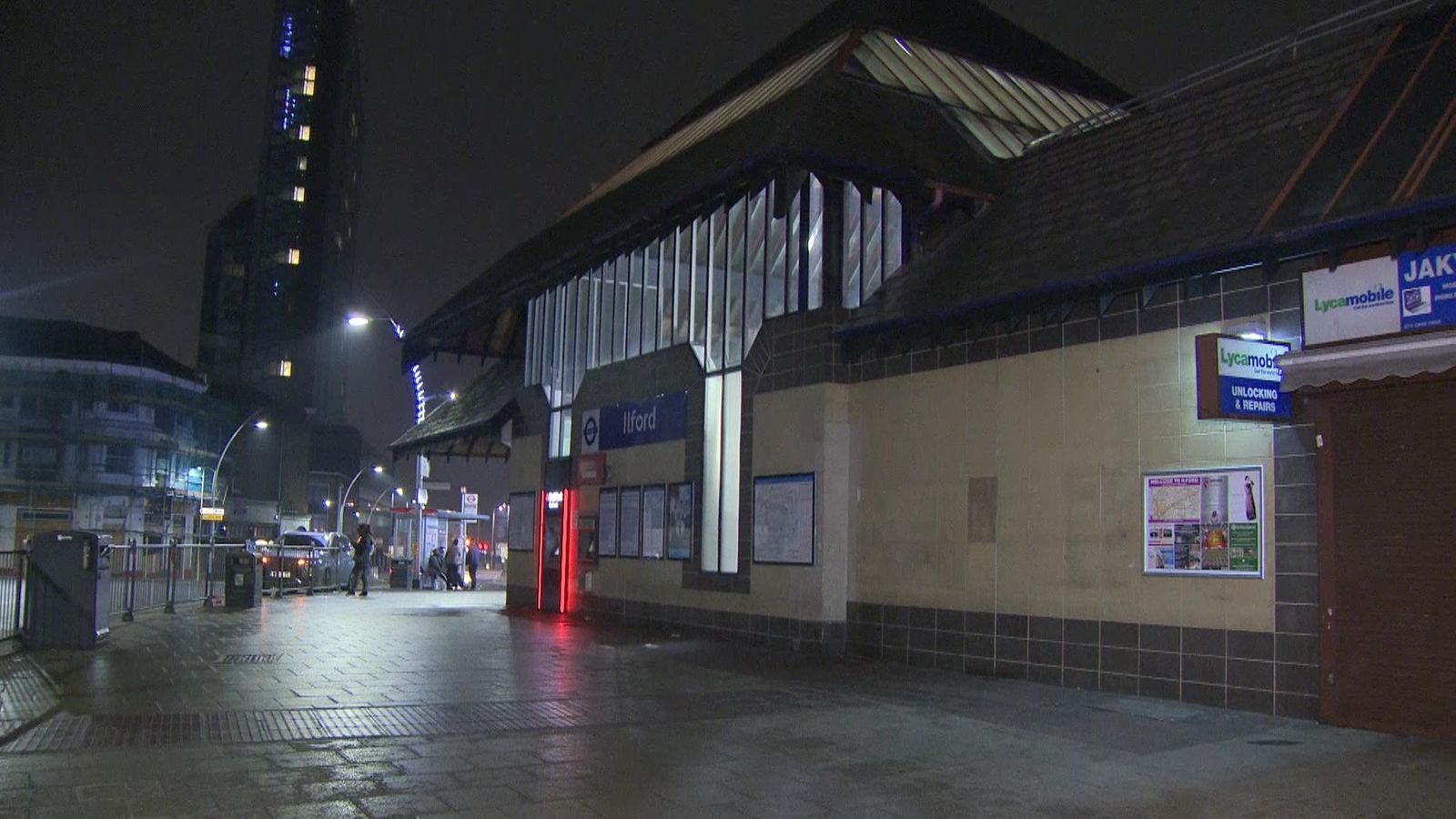 A police officer has been stabbed while on duty outside a railway station in east London.

The male officer was approached by a suspect outside Ilford Station and attacked with a knife, British Transport Police said.

He was taken to hospital for treatment for his injuries, which are not thought to be life-threatening.

Witnesses described seeing the officer outside the station as it was put on “complete lockdown”.

Another tweeted: “At Ilford station… just come outside and all I see is someone on the floor, blood and police.”

Footage shared on social media showed a man being restrained on the floor as more officers arrived.

A man has been arrested in connection with the incident.

British Transport Police said: “Officers are appealing for information after a BTP police officer was stabbed outside Ilford Station.

“Around 9.45pm this evening (Friday) a male officer was approached whilst on duty outside Ilford Station and was attacked with a knife.

“The London Ambulance Service has taken the officer to hospital, where he is being treated for his injuries, which are not thought to be life threatening.

“A man has been arrested.”

Counter-terrorism police are not thought to be involved at this stage.

The incident comes amid concerns of an increase in attacks on police officers amid a rise in violent crime across London.