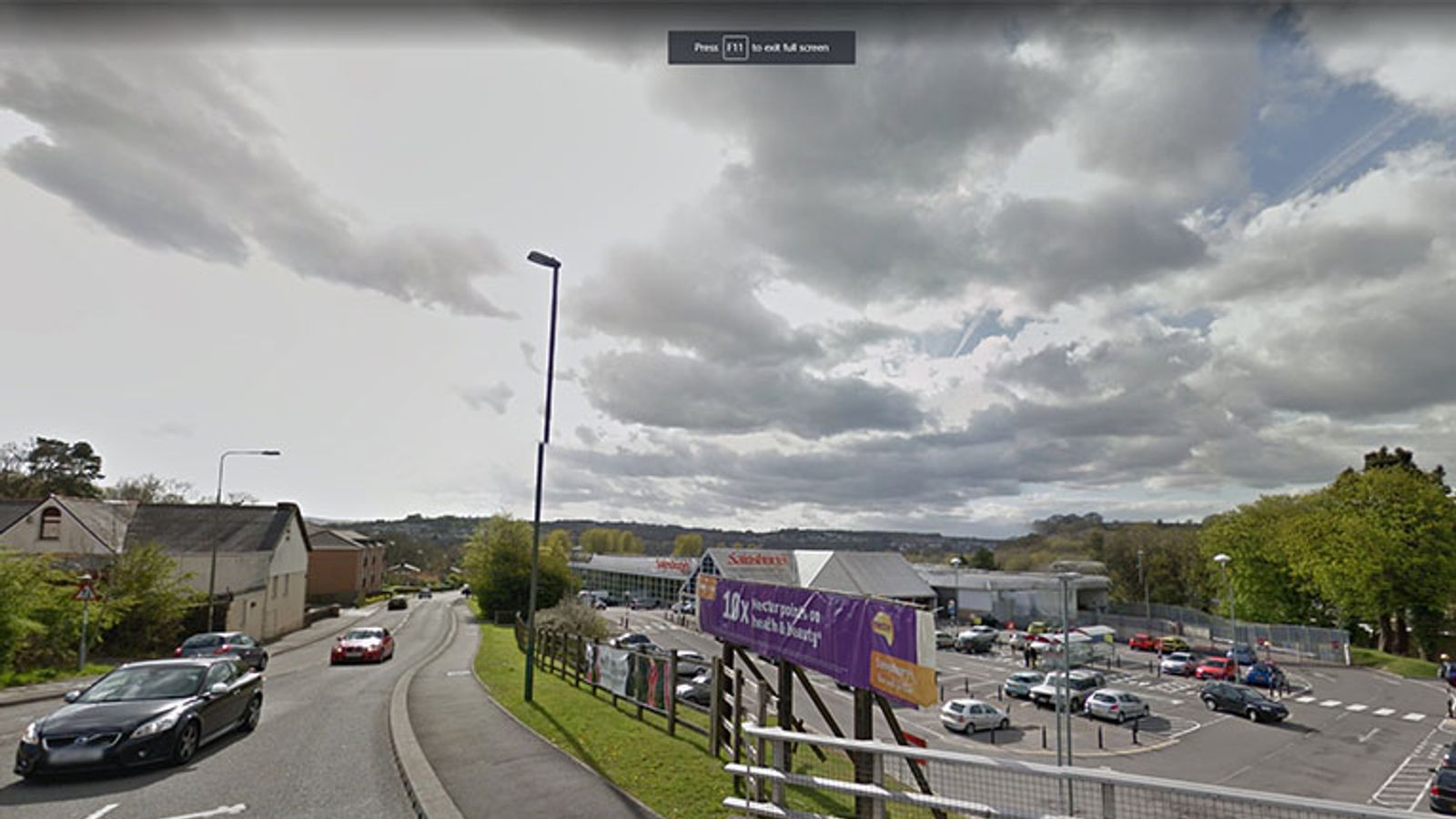 A man has been arrested on suspicion of murder after a Land Rover fatally hit a pedestrian outside a Sainsbury’s supermarket.

Police said it happened on Monday afternoon on Newbridge Road in Pontllanfraith, Caerphilly.

Officers were called at around 4pm to reports of a collision between a pedestrian and a blue Land Rover Freelander.

The incident reportedly happened in the supermarket’s car park.

An air ambulance landed on a nearby roundabout, but a local man was pronounced dead at the scene.

Police said a man from the Caerphilly area was arrested.