Man slashed on face in violence before FA Cup tie 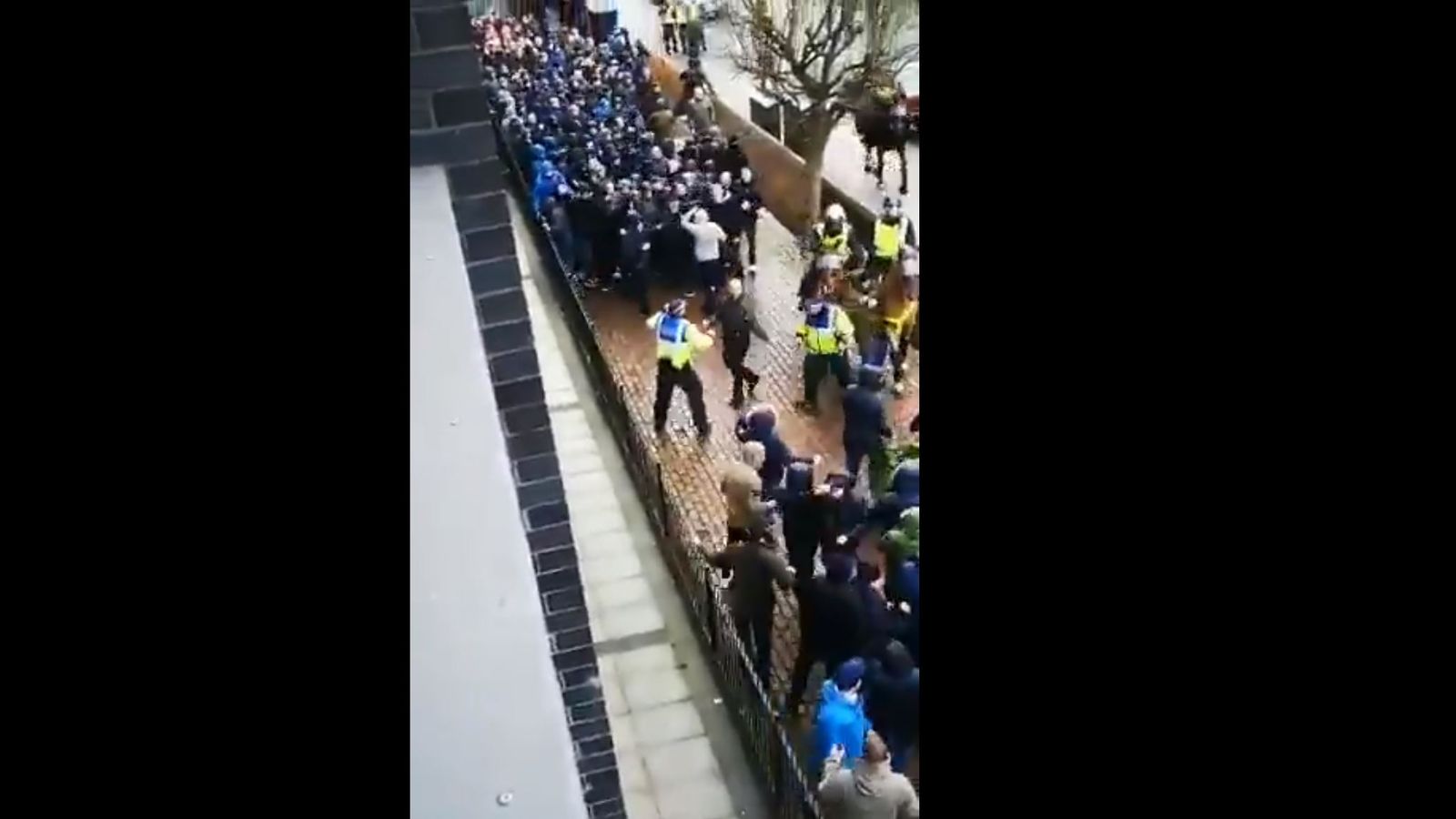 A man was slashed across the face in violence before an FA Cup tie between Millwall and Everton.

The Metropolitan Police have yet to make any arrests as footage appeared on social media purporting to show a brawl in the Hawkstone Road area in southeast London.

Officers became aware of a large group of males fighting in the Hawkstone Road area of southeast London at 4.42pm.

A man in his 20s was taken to hospital but his injuries are not life threatening.

A crime scene remained in place into Saturday evening.

Detective Inspector Darren Young said: “The behaviour of those involved in this incident is nothing short of disgraceful and those involved can be certain we will be working to identify them.

“We are aware of the video circulating online, which has quite rightly elicited shock and disgust. We are looking at it and urge anyone with information that could assist police to call 101 referring CAD 5117/26 Jan.”

The match ended 3-2 to Millwall.