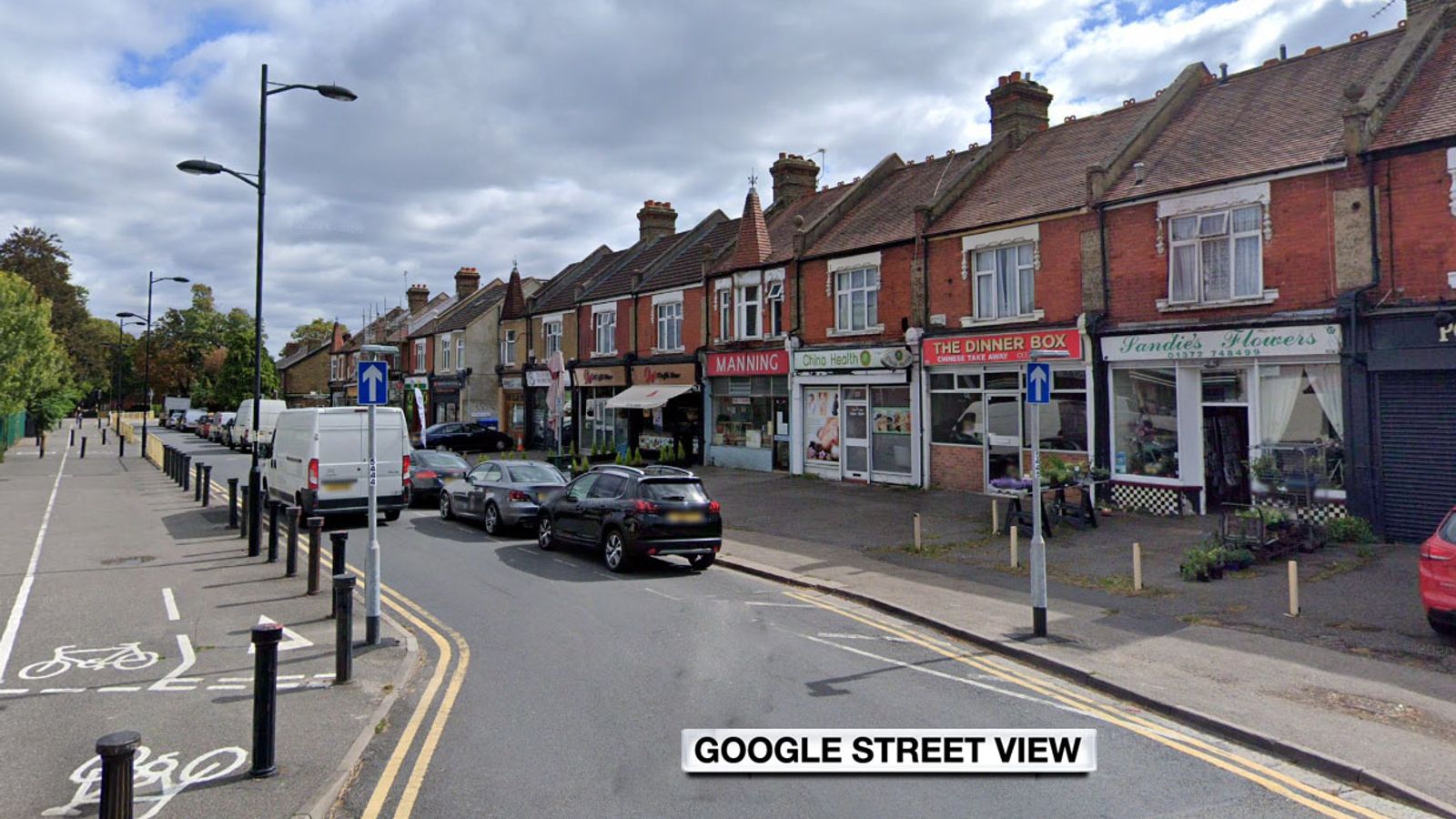 Four children have been taken to hospital after suffering a “violent reaction” from eating sweets believed to contain cannabis, police have said.

Officers were called to a parade of shops on Pound Lane, Epsom, at 2.15pm on Saturday, and found three children vomiting uncontrollably and falling in and out of consciousness.

The 12-year-old girl, 12-year-old boy and a boy aged 13 were taken to hospital by ambulance.

Another 12-year-old boy, who is also believed to have eaten the sweets, was taken to hospital by his family as a precaution.

All four children will remain in hospital overnight for observation.

It is believed the sweets may have been given to the children at the nearby Court Recreation Ground.

Surrey Police said it does not have a “clear description of the sweets involved”.

However, it said it received a similar report on Friday evening involving “jelly apple rings which appear as green jelly circles”.

The force added: “The individual in that incident was thankfully less affected.”

One woman, a takeaway worker, told Sky News: “It was just a normal day and suddenly ambulance and police officers showed up on the street.

“I came out and I saw a young boy lying on the floor, surrounded by police and paramedics.

“We had no idea what was going on. I hope the boy is ok.”

A man who lives nearby said: “I saw two cars of police and there was the whole road taped down and it was just really stressful.

“I didn’t know what was going on.”

Detective Sergeant Lee Marks said officers are “trying to understand what these sweets are, where they came from and what they contain”.

But he said the immediate priority is to warn parents, urging them to “tell children in the area not to be tempted to try them as they are obviously causing substantial harm”.

Mr Marks continued: “These types of products, which may be marketed as ‘cannabis infused’ or ‘CBD infused’ are illegal, and therefore unregulated, in the UK.

“They can appear to be commercial products with professional packaging, but this should not be taken as a sign that they are safe or legal.”

Anyone who is concerned about the health of someone who may have eaten one of the sweets is urged to call NHS 111, or 999 in an emergency.

Anybody who has found what appear to be similar sweets is urged not to destroy them, and to contact Surrey Police, either via the online chat on the force’s website, or on 101, quoting reference PR/P21090934.