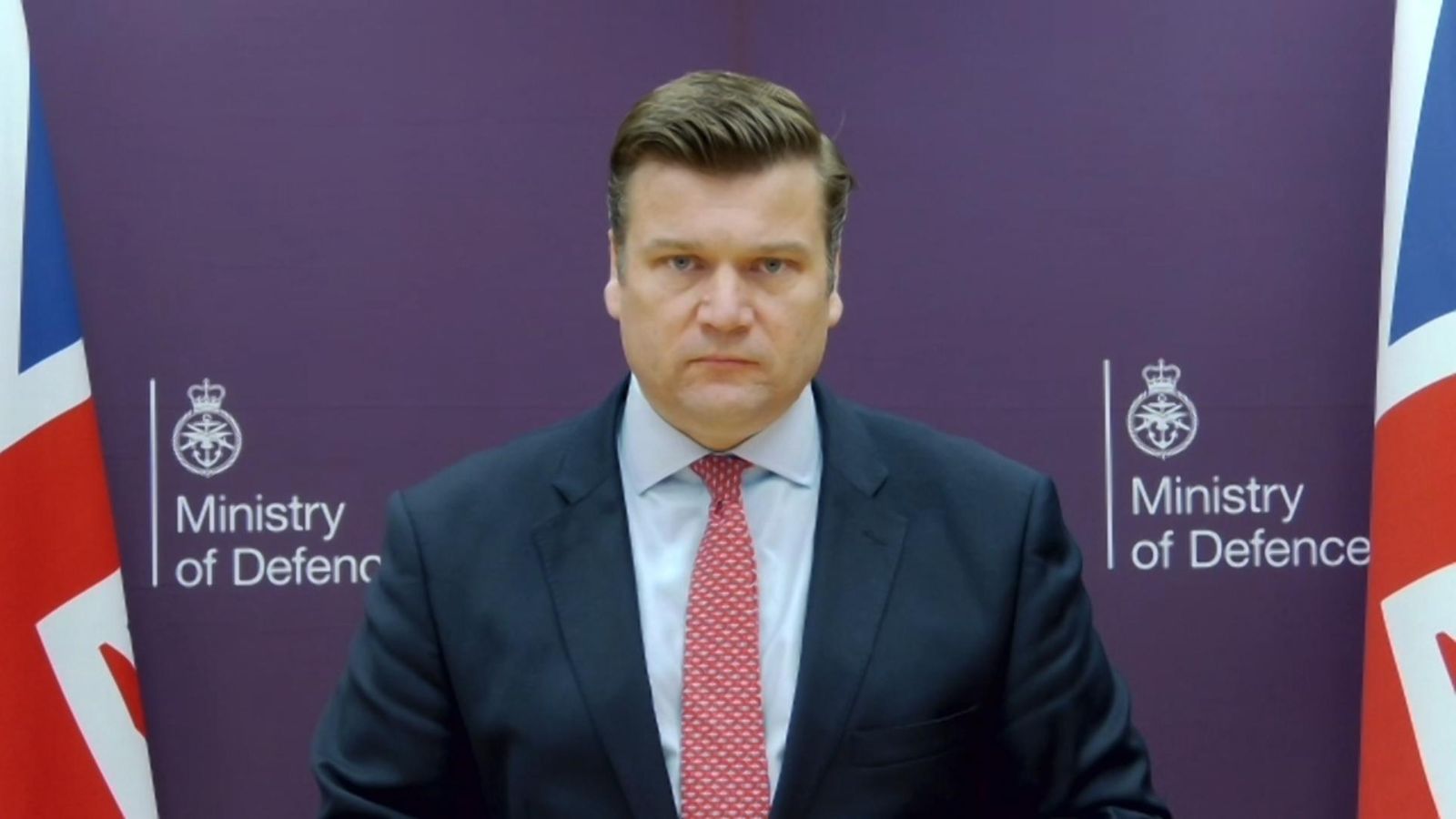 The armed forces minister told Sky News soldiers who served in Afghanistan have taken their lives in the past week because of the UK’s withdrawal – but later said that has yet to be verified.

James Heappey, who was an army officer, said he “knows how much veterans are hurting” after he revealed soldiers, including someone who served with him on his last tour of Afghanistan, took their lives last week.

He told Kay Burley on Sky News: “I know, unfortunately, there have been soldiers who’ve served in Afghanistan, indeed a soldier who served with me on my last tour of Afghanistan, who’ve taken their lives in the last week or so because of the feelings they’ve had over what’s happened in Afghanistan.

“That’s hugely concerning and upsetting for people like me who are now in government and who served there and I know how much the veterans’ community is hurting.”

Mr Heappey then told Sky News’ security and defence editor Deborah Haynes his comments were based on a suicide note left by an Afghan veteran he served with that referred to his last tour in 2009.

He said: “I’m sorry to have said something that might not be true. The note referred very accurately to my last tour of Afghanistan with 2 RIFLES in 2009 & I’ve spent weekend fearing colleague had taken their life. However, MoD aren’t certain that note is real so wanted to clarify.”

Mr Heappey told Sky News those who served in Afghanistan over the past 20 years should be proud of what they did and what is happening now is “a political judgement, but it doesn’t in any way invalidate or diminish their achievements during their tours”.

The minister added: “The sad reality is that throughout the last decade, as those who served in Helmand have grappled with the awful things they saw, far too many have taken their lives.

“But yes, in the last couple of days there have been people who have taken their lives, and a person who took their life who did so because of their feelings, as a consequence of withdrawal and that makes me sick to the bottom of my stomach and fearful for friends who I know are still struggling with what they saw on those tours of Afghanistan.

“That’s why the government, the nation, needs to put our arm around our veterans and tell them how proud we are of what they did and make sure we separate whatever anger people feel about the political decisions taken this year, both in London and Washington and Paris and Berlin and everywhere else, from our deep enduring pride and gratitude for those who served in Afghanistan during those extraordinarily difficult years.”

Lord Dannatt, former chief of general staff, told Sky News “quite a number” of soldiers from Mr Heappey’s battalion have taken their lives “in recent times, over the last several months”.

He said too many of those who served in Afghanistan and Iraq have felt that they had to take their own lives and veterans need more support.

:: Anyone experiencing difficulties can contact Samaritans UK on 116 123, or by emailing jo@samaritans.org

Michael Townsend signs for the Boro’