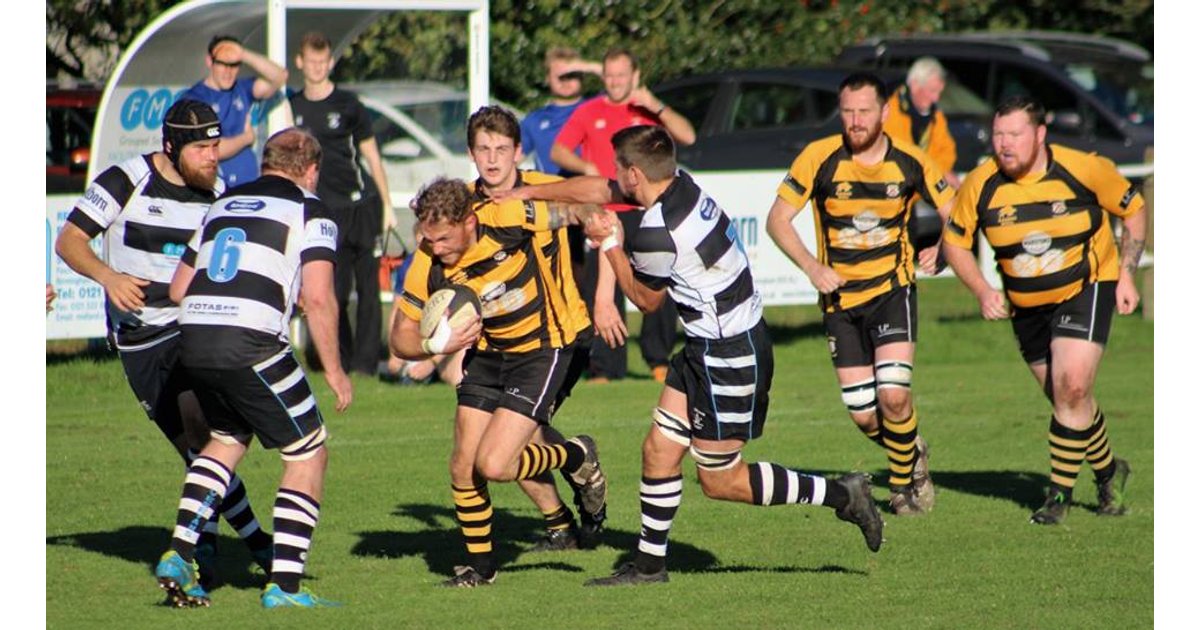 Stafford travelled towards Walsall for the last away game of October for a match against Veseyans. The teams last met in the league during the 16/17 season with Veseyans taking both the home and away wins.


Strong autumn sun with a slight breeze and a spongy pitch promised a decent afternoon for rugby. The teams traded attacks from the start of the game until a prowling Callum Hoy intercepted an attempted Veseyans pass to tear down the pitch for a try, converted by Christian Stelian. Stafford built on the pressure from the resulting kick off with the assault rolling Veseyans deep into their own half. The visitors managed to repel the final attack until a brutal surge by Phil Kay tore through the resistance to put Callum Hoy over for his second try of the afternoon, converted by Christian Stelian. Veseyans responded with some periods of good rugby, earning a couple of penalties within sight of the Stafford line. The home side forced their way across the line but the ball appeared to come loose and as Stafford tried to clear the referees whistle belatedly awarded the try. This seemed to interrupt the Stafford pattern and a second home side try bought the scores to within touching distance. As the end of the half neared, the elusive Christian Stelian tore through to intercept a pass and crossed the line, converting his own try to extend the Stafford lead. Stafford went into half time leading 12 – 21 but both sides well in contention in a tight game.


A Veseyans try opened the second half as the hosts came out firing on all cylinders. Stafford settled and the teams resumed trading attacks until a Lewis Cantrill foray built the platform for an assault which ended in Callum Hoy taking his third try of the afternoon along with the try bonus point, converted by Christian Stelian. A couple of errors assisted in the visitors putting themselves back under pressure and Veseyans were awarded an attacking scrum on the Stafford line. Four subsequent scrums & the referees whistle led to Stafford temporarily being reduced to fourteen on the field and Veseyans taking the try bonus point with their fourth of the afternoon. With only four points in the encounter Stafford injuries stretched the subs bench with Callum Lennon taking the field to cover the wing position. The referee’s decisions dominated the next section of play, in one connected phase Stafford were on the wrong side of a string of six consecutive decisions that swept the resurgent Veseyans back down the pitch . With Stafford back up to a full fifteen they had to blunt another series of Veseyans scrums on their own line. An injury to Lewis Cantrill disrupted the Stafford defence further before a final surge by Veseyans led to a penalty try being awarded. The hosts were reduced to fourteen, late in the game, with a yellow card of their own. Stafford ramped up for one more push but any forward momentum they built was intermittent as they tried to play within the strident sound of the officials whistle and any energy left was squeezed out of an exhausting match.