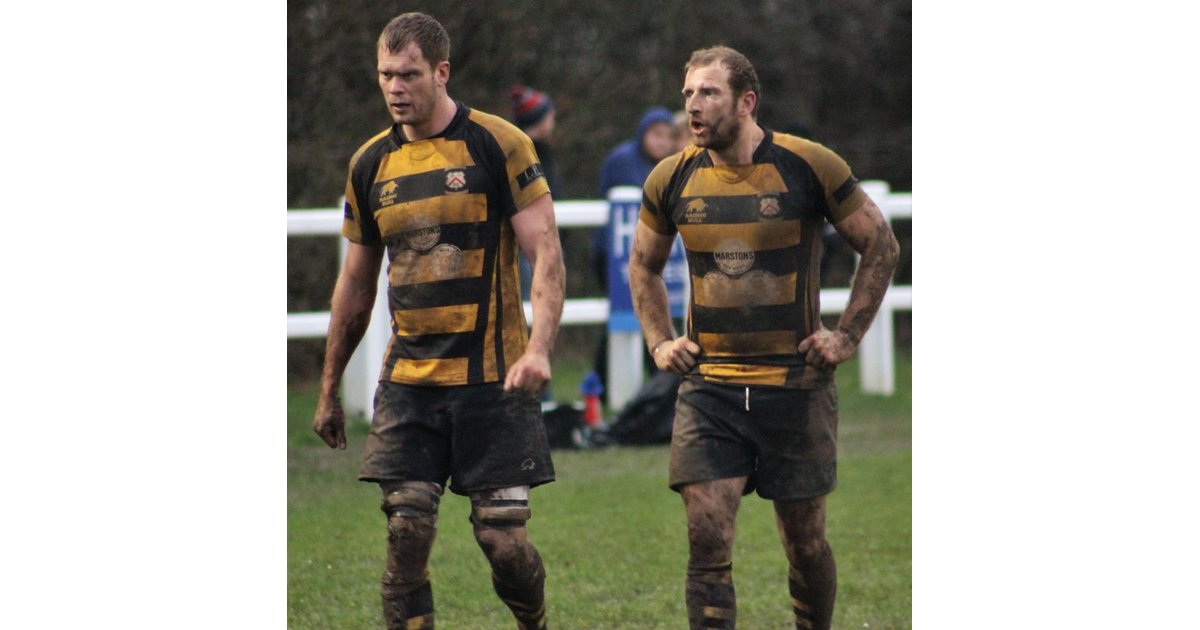 Stafford travelled to Telford Hornets for a bottom of the table clash which could prove crucial for both teams. The sides were promoted from Midlands 3 West (North) the previous season and with a record of 13 losses for the home side against 11 losses for the visitors, it promised to be a close afternoon of rugby. The weather produced a treacherously wet surface and a disruptive gusting wind to open the match.


Stafford started strongly but the home side absorbed everything thrown at them until they could find space to build their own assault. Playing some good basic rugby, the Hornets used their heavy set of forwards to carry strongly creating the platform for the first try of the afternoon. Feeding on the momentum a second try soon followed and a Telford penalty could have added to the growing lead but the ball flew wide of the posts. An injury to Dan Smith saw Stafford having to reshuffle players and a when a subsequent yellow card reduced them to fourteen it added to what had been a frantic period for the visitors. Stafford settled building some good periods of pressure and when a yellow card to Telford evened up the number of players on the pitch, the home side were on the back foot. The county town team launched wave after wave of attack against a strong defence, Angus Lennon came close to the try line but it took a Dave Wareham charge to smash through the opposition for a try. With Stafford back up to fifteen on the pitch, Telford resumed playing some basic rugby and patiently worked the way up the pitch to ground their third try of the afternoon. As the half dwindled towards a close two yellow cards claimed a player from each side temporarily reducing team numbers. Stafford went into half time trailing 21-5 and looking for a solid foothold against a determined Telford performance.


The rain sheeted across the pitch to open the second half making playing conditions even more difficult. Minor errors by both sides saw the referees whistle in constant use creating an erratic game of rugby. Stafford kept to the task in hand and once camped within sight of the Telford line several forays ended in a surging run by Stephen Frost for a deserved try, converted by Lewis Cantrill. The Telford defence continued to put in a magnificent shift, knocking over anything thrown at it. The deadlock was broken when a Sam Egerton kick flew long to eat up the territory and the Stafford forwards stole the lineout to drive across the line for Gareth Ley to claim the third visitors try of the afternoon. Now within a single try of the victory Stafford tried to play some high tempo attacking rugby but were outmanoeuvred by the conditions and a tenacious defence who had worked hard all afternoon. A late yellow card reduced Stafford to fourteen for the remainder of the game, the dark skies and sweeping rain continued to make conditions difficult until the referees whistle signalled the first win of the season for the Shropshire side.