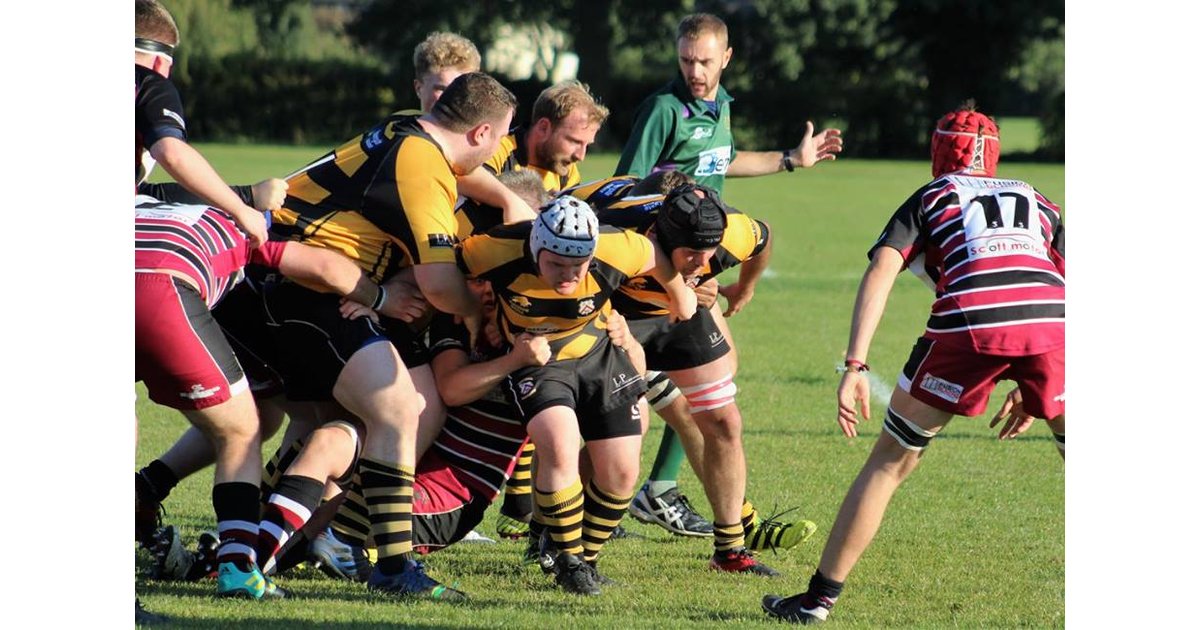 A late Stafford flurry isn’t enough to close the gap in an eight try September clash at Wigginton Park.

Stafford travelled the short distance across to Tamworth for the first away fixture of the season. The hosts had started the season strongly winning the first two games to put them in the top half of the table. The teams last met in the 16/17 season with both sides taking a home win.


An intermittent swirling wind made the opening playing conditions difficult with both sides making minor errors and the game slightly disjointed. Stafford got the first chance at points through a penalty, but the wind led to the kicking off a tee becoming difficult and the ball dropped just short of the posts. An injury to Dean Fuggle saw the visitors having to reorganise and Tamworth immediately took full advantage to score a converted try. Stafford responded with a series of excellent phases which propelled them deep into the Tamworth half. Driving play from a subsequent line out battered against the visitor’s line until Angus Lennon found his way across for the equalising try, converted by Lewis Cantrill. The game continued to be fairly equal until a five-minute period of pain gave Tamworth two converted tries and a sudden sizeable lead. Stafford went into half time trailing 21 – 7 but having given a good account of themselves throughout the majority of the half.


The hosts started the second half strongly and a succession of penalties put Stafford under early pressure. A Tamworth try stretched the home side lead before the visitors settled and the contest became a very even affair. The second half started to drift towards a tiring end when Stafford were reduced to fourteen for the remainder of the match courtesy of a yellow card. Tamworth leapt on the numbers advantage through an unconverted try. With the game beyond them Stafford wouldn’t lie down and started to play some excellent attacking rugby which broke the Tamworth defence. A series of attacks ended with Stu Lewis powering over the line for a try. A yellow card in the final minutes evened the teams as Tamworth were reduced to fourteen on the pitch. Stafford resumed the attacking rugby, finishing the afternoon on a high when Callum Lennon crossed the line for the final try of the afternoon.