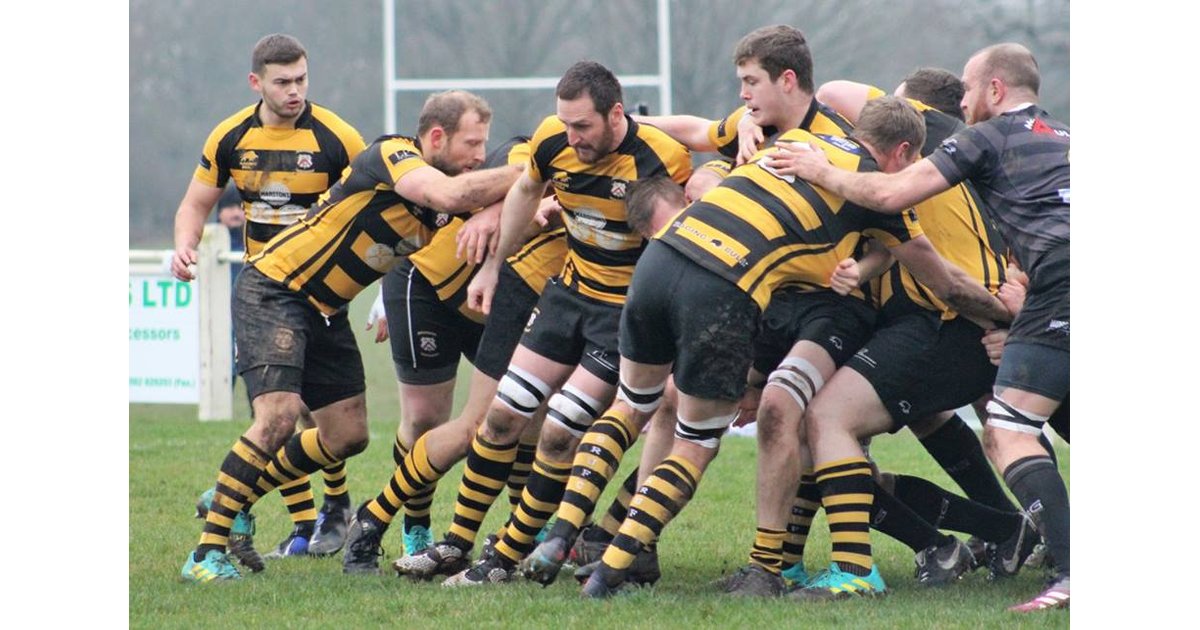 A second win of the season pulls Stafford out of the bottom two as Veseyans are battered into submission at the County Ground.

Stafford welcomed Veseyans to the County Ground for a league fixture which could prove pivotal for both sides this season. The reciprocal fixture had seen Veseyans edge the match with a 31-28 victory but Stafford taking a pair of much-needed bonus points.


Stafford started strongly and reaped an early reward through a Lewis Cantrill penalty to establish the lead. The Veseyans reaction was immediate a converted try and a penalty wrestled back the lead in what was already becoming a very tight game. The teams were relatively evenly matched trading some brutal phases as they alternated between attack and defence, but neither managing to gain any significant advantage. As the half spiralled to a close Stafford built some strong periods of attack which saw Veseyans scrambling into a defensive line. The pressure was compounded when the visitors conceded more territory through a penalty infringement and then lost additional ground as the referee punished some on field dissension. This put the ball within kicking distance, allowing a Lewis Cantrill penalty to cut the deficit, leaving Veseyans with a slender lead. Stafford went into half time trailing by 6-10 but finishing the half the strongly.


The teams resumed the struggle as the skies darkened for the second half and the floodlights blinked into life. Minor errors crept in from both sides cancelling out any forward momentum being built. The deadlock was broken when Veseyans pounced on a loose ball and hared off down the pitch to within scoring distance of the Stafford line until a flying Rhys Williams scythed the player down to prevent the score. The home side made good use of their substitutes to reinvigorate a very hard-working Stafford. A bruising series of carries by the home side forced open some large gaps for the team to swarm through and Stafford pressure earned a penalty. Veseyans conceded further territory as further dissension was punished by the referee’s whistle. With the try line in sight Stafford debutante Josefa Maka softened the defence by rolling through several players until Tom Williams came close to a score. Veseyans defended strongly but couldn’t prevent a charging Sam Egerton from crashing across the line for a try, retaking the lead. A subsequent Veseyans penalty saw the visitors regain a narrow two-point lead in a knife edge encounter. Stafford responded with some shattering collisions which carried the ball close to the opposition line. The visitors repelled several attacks until Sam Egerton surged over the line for his second try of the afternoon and snatching the elusive lead. With less than ten minutes left on the clock, Veseyans earned a penalty right under the posts which could have tied the scores but the visitors spurned the available three points in favour of an attempted try and the potential win. A good line out saw Veseyans piling players into the maul as they drove for the line but Stafford responded with a snarling defence which repelled everything thrown at it. The visitors moved the ball across the pitch looking for any gaps but were met with crunching tackles that eventually worked the ball loose and secured it for the home side. Another bout of Veseyans dissension saw the visitors being marched further down the field by the referee to further relieve the pressure. As tensions boiled over a red card for the visitors reduced them to fourteen for the remainder of the afternoon and the game came to an exhausting close.