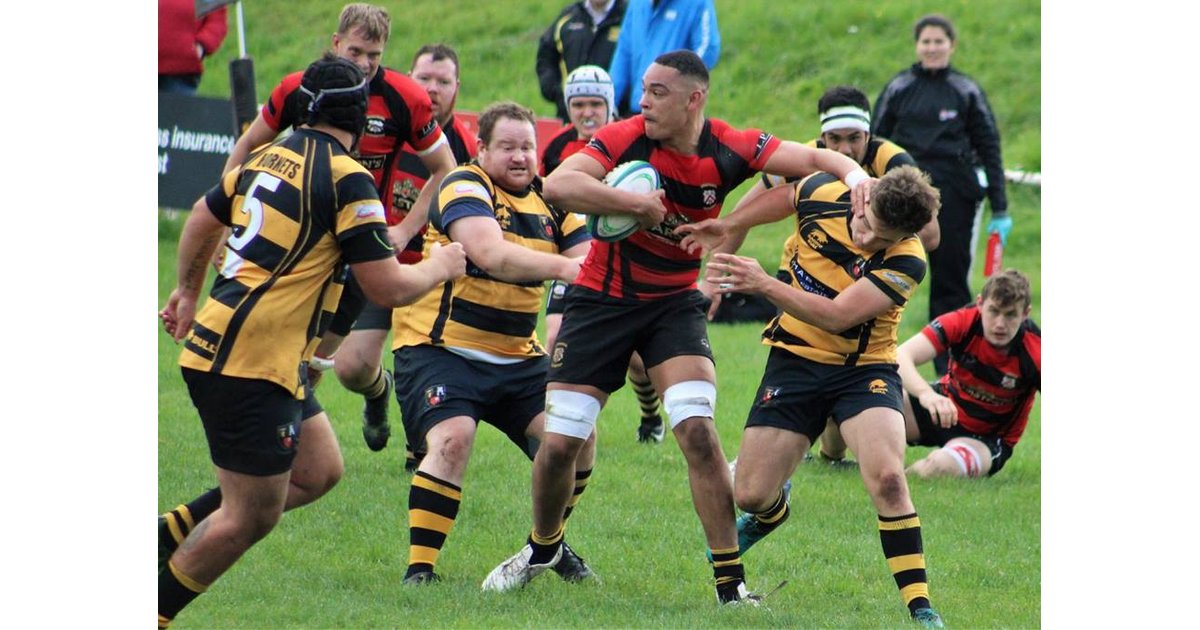 First half success secures the first win of the season for a hard-working Stafford; propelling them up to 8th in the league and keeping Telford rooted to the bottom.

Stafford welcomed Telford to the County Ground for the 2nd home game of the season. Both teams had been promoted from the Midlands 3 West (North) league the previous season, honours even with the sides each taking the away win.


The driving rain had softened the playing surface but easing off for the start of the match to leave a slippery surface. A minor error at the kick off saw a restart scrum on the half way line from which Telford broke away to take the earliest first points of the game through an unconverted try. The Stafford response was immediate, devastating running ripping through the desperately defending visitors, a free-flowing ball passing through numerous hands until a looping Jo Tait crossed the line to even the scores with an unconverted try. A flying run down the wing, by Angus Lennon, left most of Telford in his wake but final tackling bought down the Stafford forward, an unrelated injury side-lining the player for the remainder of the encounter. Telford took their opportunities to fight back but strong counter rucking by the home side bought the passing rugby back. Tom Dunn making the hard yards before Christian Stelian and Niko Laqeretabua juggled the ball between them down the pitch before it was powered over by Callum Hoy for the try, converted by Christian Stelian. A bright period of play for the visitors was assisted by a succession of penalties ending in an unconverted try to cut the deficit. Dogged Stafford play kept threatening a defending Telford and a scrum stolen against the head allowed sniping scrum half Jo Tait to weave through the standing defence to take his second try of the afternoon. The pressure was relentless, with Callum Lennon stealing a line out to release the scything backs who threw the ball around until Jo Tait crossed the line for his third of the afternoon and the try bonus point. Stafford went into half time leading 22 – 10 and very much in control of the game.


A fighting Telford start battered against a strong Stafford defence from the beginning of the second half. A succession of penalties helped the visitors until a converted try gave them a reward for all of their effort. Telford continued to exert all of the pressure and were camped out in the Stafford half for long periods, but they couldn’t get through some solid defending. Three yellow cards, one for Telford and two for Stafford, temporarily reduced the numbers for both teams to 13 vs 14. A Stafford penalty nudged the scores out of loosing bonus point range as the afternoon’s rugby dwindled towards the end. The visitors got a kickable penalty towards the end of the encounter which could have secured a losing bonus point but choose to look for the fourth try and two bonus points. The visitors looked like they had got across the line several times but everything was snuffed out by a strong defence to leave Telford returning home empty handed.