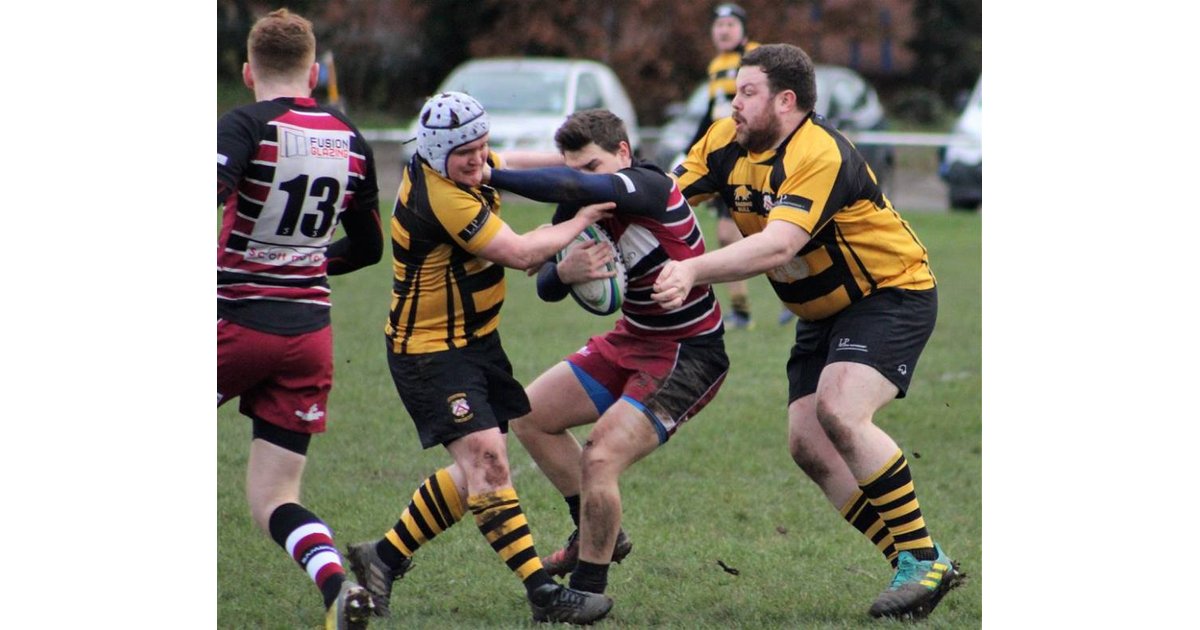 Stafford welcomed Tamworth to the county ground for the first home league game of 2019. The visitors boasted an impressive record of 10 wins with only 2 losses for the season, with the reciprocal fixture ending in a 33-17 loss for Stafford.


Stafford roared into the game and instant pressure forced Tamworth into an immediate defence. Several players crashed through to come close before an unstoppable charge by Dean Fuggle took the first try of the afternoon, converted by Lewis Cantrill. In the familiar tale of the season the success of the try was tainted by an injury to Callum Hoy reducing the availability of substitutes and forcing an early reshuffle on the pitch. Stafford continued to play periods of devastating attacking rugby keeping Tamworth on the back foot. All the hard work paid off when Dan Smith crossed the line for the second try converted by Lewis Cantrill. The Stafford flow was relentless with Rhys Williams ripping through a sluggish defence and the final pass to Angus Hamplett just running out of room. Tamworth settled, working their way into some sustained periods of possession using their forwards to build some solid platforms. Two successive tries undid all the Stafford dominance as the bruising encounter headed towards the break. Stafford went into half time with a narrow lead of 14-12 in what had become a very tight match.


The teams traded blows for the first period of the second half, each side having their chances but neither working a significant advantage. The physicality of the clash took its toll when an injury to Stuart Lewis led to him being stretchered off the field and adding another name to those broken during this seasons campaign. With the substitutes bench practically emptied and the players reshuffled on the pitch, Tamworth took full advantage to snatch a penalty earning a single point lead. Stafford continued to compete strongly, but a cruel loose ball added a converted try to the visitor’s tally. With the final ten minutes of the game looming a Stafford penalty bought the game to within five points and the home side pushed for another try. As the clocked ticked down a Tamworth counter attack pushed for their bonus point try and only a flying Rhys Williams tackle prevented the visitors from taking maximum points. As the grey skies darkened the referees whistle signalled the end of a punishing game of rugby from which Stafford were unlucky not to get more than a losing bonus point.