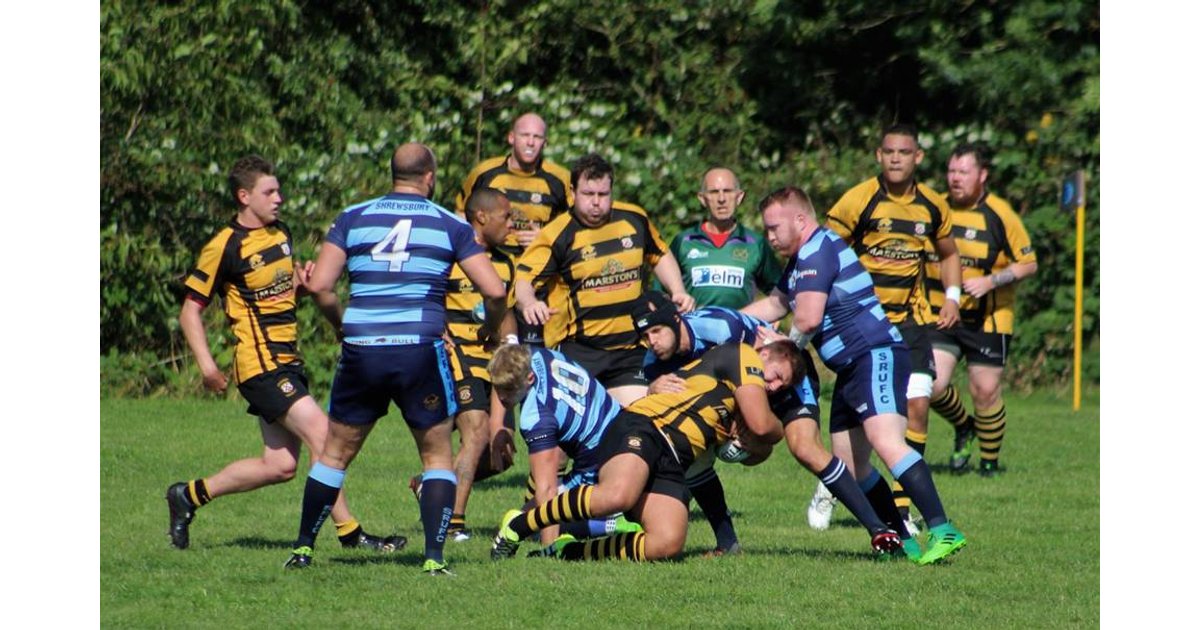 The Shrewsbury boot snatches the victory from a try scoring Stafford performance.

Stafford welcomed Shrewsbury to a much smaller county ground for the last friendly before the season starts in earnest next week. Both teams fielded large squads to give players game time before the opening matches.


A close opening quarter saw minor handling errors from both teams and neither side could claim clear advantage as the game settled. Shrewsbury got the first points through a penalty and a subsequent yellow card reduced the home side to fourteen adding to the pressure. The Stafford response was immediate and a period of attacking rugby lead to Sam Chatfield barrelling through a narrow gap to grab his debut first team try and the lead. Shrewsbury took the lead back through a second penalty before the county town team were restored to a full XV on the pitch. With a full compliment playing the Stafford assault was relentless and Shrewsbury had to defend strongly as a running attack carved big holes. The visitors held out for a period but the pressure eventually told as two Oscar Saunders tries, one converted by Christian Stelian, built a deserved lead. A third Shrewsbury penalty in dying minutes ate into the deficit. Stafford went into half time leading 17 – 9 working hard against a well organised Shrewsbury.


The second half saw wholesale changes for both teams and Shrewsbury bolstering their already large set of forwards. Early engagements led to two quick yellow cards which reduced Stafford to thirteen on the field for a ten-minute period. The visitors used their extra numbers to work their way to within striking distance of the line and a Shrewsbury scrum against an understrength Stafford took the visitors only try of the afternoon, bringing the score within one point. As Stafford were restored to a full XV on the pitch, a yellow card saw the visitors reduced to fourteen as they incurred a yellow card of their own. The game started to meander towards a stalemate as neither side could exert any significant advantage when a Shrewsbury penalty allowed the visitors to establish a two-point advantage. The teams continued to trade attack and defence but a tiring afternoon of rugby couldn’t produce any further points.