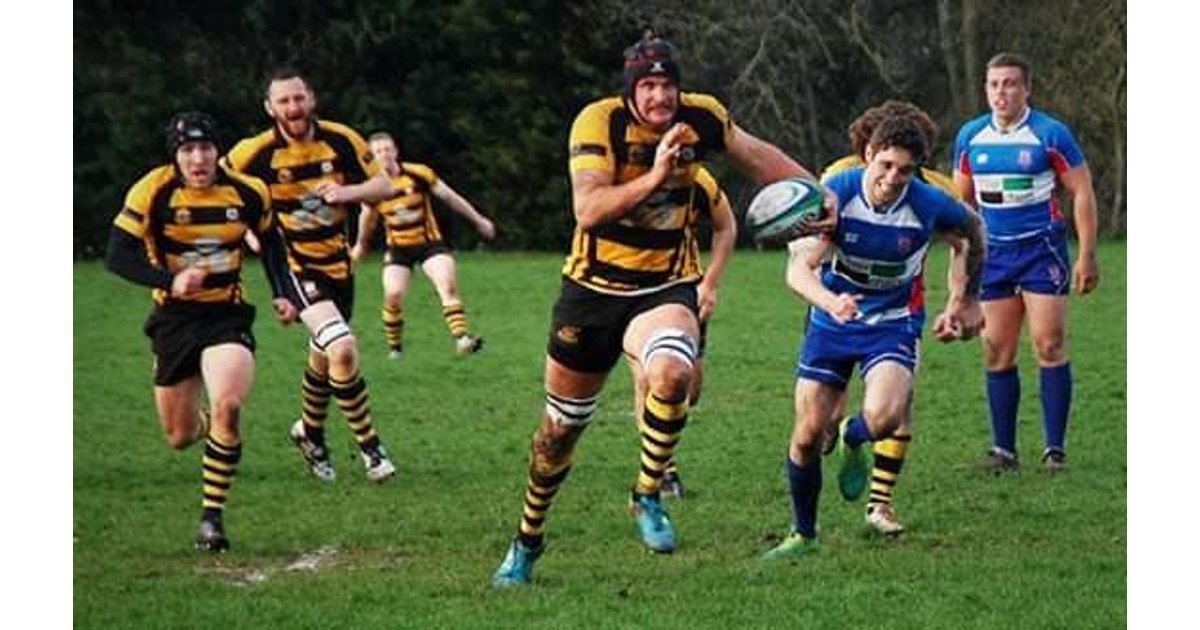 Stafford bounce into Spring to grab the third win of the season after a twelve try stunner entertains the vice presidents at the County Ground.

Stafford welcomed Leek to the county ground for the last ever March first team fixture at the County Ground. The previous encounter between the teams ended in a 27-27 draw at what was a soggy December day on the outskirts of the Staffordshire moorlands.

Leek started the match perfectly with an intercepted pass gifting them a try in the first few minutes, this followed by a couple of other minor errors made it a torrid first five minutes as the county town side fought to settle. Stafford started to build some solid phases ending with a scything run by Louis Dewsbury ripping through the defence, securing the ball Phil Kay smashed through a few more yards for Alosio Yamoyamo to brush past any final resistance for the equalising try, converted by Christian Stelian. The Leek response was instantaneous securing a line out within striking distance of the home side line with a catch and drive taking a try. In a swarming play, Gareth Ley, Gaz O’Connor, James Wilkinson and Stephen Frost assisted by the rest of the team knocked over anything in front of them allowing Dan Smith to come within fingertips of scoring. A subsequent scrum set the platform for an assault which stretched the visitors allowing Christian Stelian to cross for a try. Leek countered with their second push over try of the afternoon to retake an elusive lead. As time leaked from the clock, Sam Egerton marshalled the XV to keep up the pressure, Alosio Yamoyamo flew through to charge down a kick, releasing Christian Stelian to score and convert an equalising try. Stafford went into half time with the narrowest lead of 19-17 as both teams tussled for any advantage.

Stafford harrying from the kick off immediately converted into a home side scrum from which an experienced Dan Smith peeled off the back to make the hard yards before an offload to a charging Callum Jones took the bonus point try converted by Christian Stelian. A succession of penalties allowed Leek to take their own bonus point try as a running play finally breached a tenacious defence. As the games resumed the Stafford forwards continued to carry well before Dean Fuggle ran through any defence offloading to Louis Dewsbury who crashed through for the fifth home side try of the afternoon. Leek worked their way to another try through the now familiar catch and drive to narrow the lead. The subsequent kick off was again disrupted as Callum Jones hared through to harass the opposition earning Stafford a penalty, Christian Stelian adding another three points to the pot. A bright period of Leek play allowed the forwards to take a further push over try to bring the scores to within two points. Stafford continued to look dangerous with Rhys Williams & Stuart Lewis wreaking havoc forcing the mistakes. It was left to a stalking Tom Windibank who pounced on a loping pass to brush off a desperate defence and crashed over for what proved to be the winning try. Leek responded in clinical fashion to set up a line out within touching distance of the Stafford line. The hard-working home side forwards eventually found success as they managed to sack the drive for the first time in the afternoon with Tom Williams clawing through the centre. Two successive Leek scrums offered further opportunity for points, but Stafford appeared to have found the measure of their opponents and halted any forward momentum. As a tight game spiralled into the final minute’s passions boiled over seeing each team reduced to fourteen courtesy of a yellow card, before the whistle signalled the end of an exhausting game.