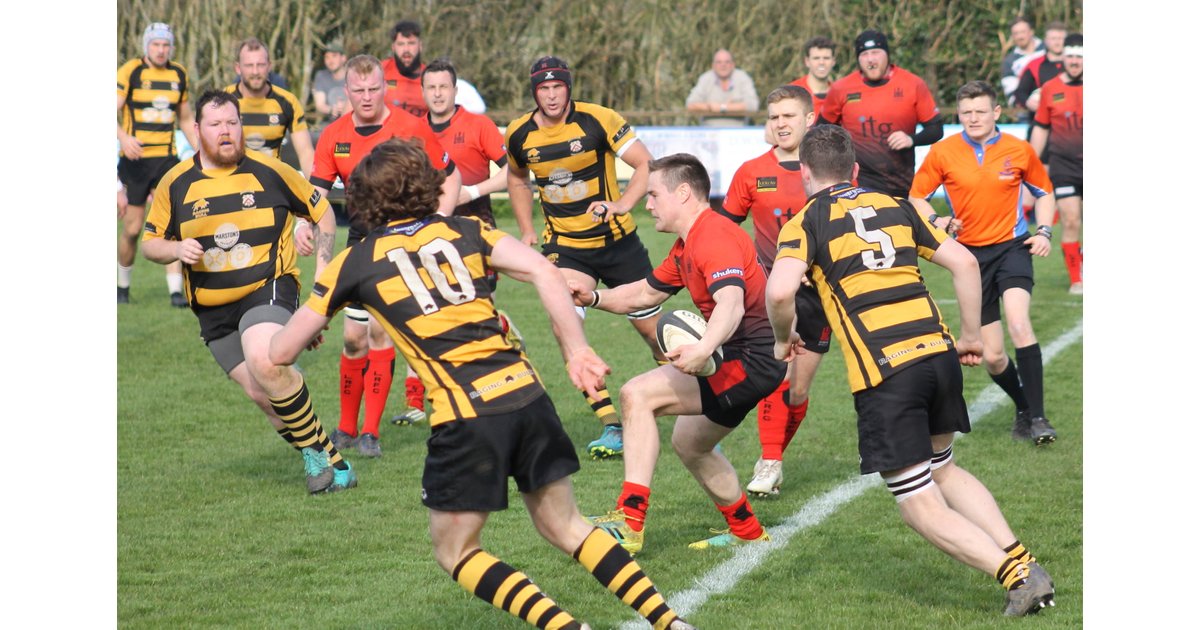 Stafford stand tall against the league leaders as the Shropshire side extend their unbeaten run to cement automatic promotion.

Stafford took one of the longest journeys of the season into deepest Shropshire for an encounter against league leaders Ludlow. The top of the table team held an impressive 17 wins & 3 losses for the season, compared to the visitors 3 wins, 1 draw & 16 losses. Stafford travelled with a team again hit by unavailability & injuries, but with a solid core of players.

Ludlow put their form on display, a punishing opening attack taking the try and easing them into an early lead. The Stafford defence continued to absorb the pressure but wouldn’t take a backwards step refusing to let the threatening home side through again. An injury to Christian Stelian saw an early use of the substitutes bench, but the visitors continued to fight. The boots of Lewis Cantrill and Sam Egerton eventually managed to create some space and Stafford started to mount some attacks of their own. A Ludlow interception undid all of the hard work and culminated in a push over try to extend the lead. Stafford wouldn’t lie down and periods of feral rugby propelled Ludlow back to defending on their own line. The county town team crossed the line on a couple occasions but the referee ruled out any score, until a brutal push by Stafford lead to Tom Windibank clawing his way through the bodies for a try, converted by Lewis Cantrill. Stafford went into half time trailing 12-7, but having stood toe to toe with the league leaders in a good half of rugby.

Ludlow came flying into the second half, two early tries securing the bonus point for the Shropshire side. Injuries to Ben Pryce and Cal Jones emptied the visiting substitutes bench causing a reshuffle of the playing positions. Stafford kept fighting and their persistence paid off when a couple of attacks ended with Dan Mills crashing across the line for a try, converted by Lewis Cantrill. The visitors kept harrying the opposition scrapping for any possession. A break by Gareth Ley splitting apart the defence with a grubber kick chased down by Tom Windibank who was just beaten to touching the ball down. Ludlow responded with some periods of flowing rugby which pinned Stafford on their own line. The visitors couldn’t get a break with every 50/50 decision going against them. Two Ludlow tries closed off the game sealing a well-deserved promotion for the home side.