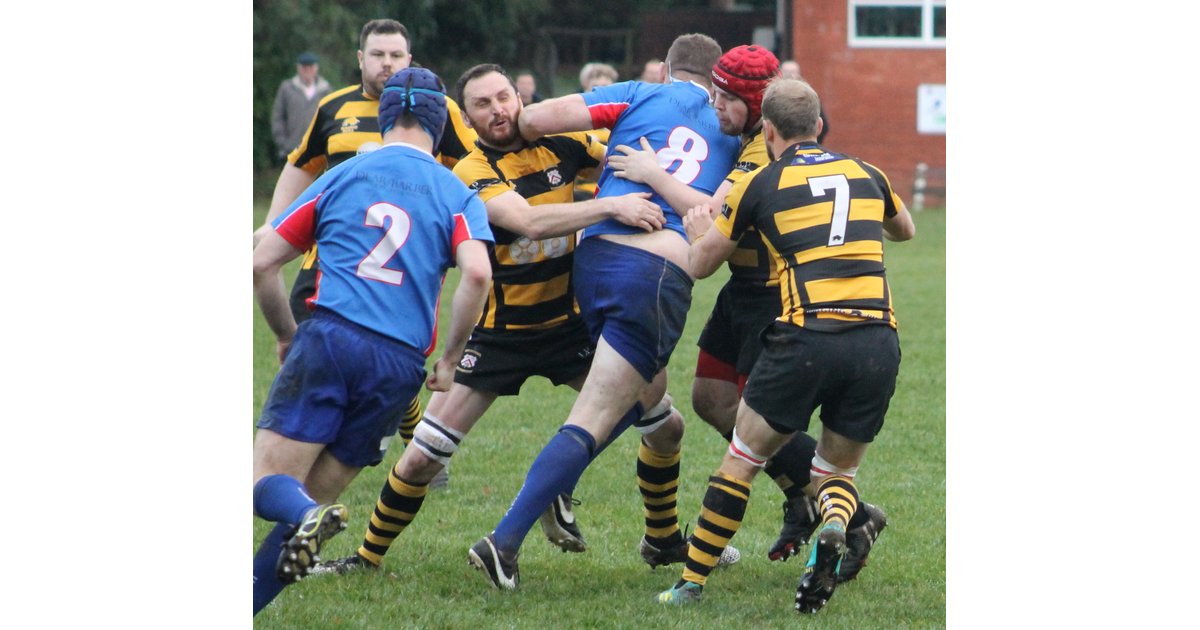 Stafford won’t lie down at Easterchem Park in a match with eight tries & four yellow cards, fighting their way to a strong draw and three vital points.

Stafford travelled to the far north of the county for the opening league game of December against Leek. The teams last met in the 2016/17 league season with Leek holding both the home and away wins. With the home side sitting in the top five of the league and Stafford in the bottom three, it looked like being another long afternoon for the county town team.


The December weather cleared for the start of the first half and although the ground was greasy the rain held off. Stafford flew into the game with uncomplicated rugby driving them within sight of the Leek line. A couple of probing attacks ended with Stephen Frost at the bottom of a pile of bodies for the opening try of the afternoon. An unsettled Leek were immediately back on the defensive and incurred a yellow card trying to keep the relentless Stafford attack from crossing the line again. The restart opened the room for Joe Tait to run a beautiful line which sliced through the defence for the second try of the afternoon, converted by Lewis Cantrill. A succession of penalties let Leek back into the game, gifting territory and ending in a try to put the first points on the board for the home side. Stafford settled producing some excellent periods of play which threatened a fighting Leek defence before the pressure overwhelmed the home side and Gareth Ley crashed across the line for a third try. The restart saw Stafford conceding penalties allowing Leek to build a strong platform and taking a try to end the half. Stafford went into half time deservedly leading 10-17 but self-inflicted penalties opening the door for a close second half.


The skies darkened, with the floodlights being required for a drizzly second half. Leek started the strongest and a defending Stafford tested the referee’s patience through a succession of penalties. The period of play dwindled into a penalty try and the scores were tied. The visitors responded with a good set of phases which culminated in a scorching run by Joe Tait who carried deep into the Leek half. An injury to Dean Fuggle caused a slight reshuffling of the players but a subsequent Lewis Cantrill penalty re-established a slender lead for Stafford. A yellow card temporarily reduced Stafford to fourteen and with Leek camped out on the visitor’s line there was some fierce defending which smashed back against anything thrown at it. Stafford eventually cleared their lines with a subsequent kick flying deep into the Leek half to be gathered and with a ridiculous run a home side player sprinted over half the length of the field for a converted try, taking the lead for the first time in the afternoon. As the intensity increased a yellow card each reduced the numbers on the pitch for both teams with Leek adding to their tally through a penalty. With the final minutes of game slipping away, a weary Stafford geared up for one more assault against a tiring defence. The first couple of forays were blunted but with the referee’s arm signalling advantage a cross field kick by Stu Lewis was gathered by a flying Dan Mills to bring the scores within two points with the conversion becoming the final play. A hush fell over the murky ground as Lewis Cantrill stepped up to the tee and the visiting support erupted as the ball flew between the uprights to draw the game.