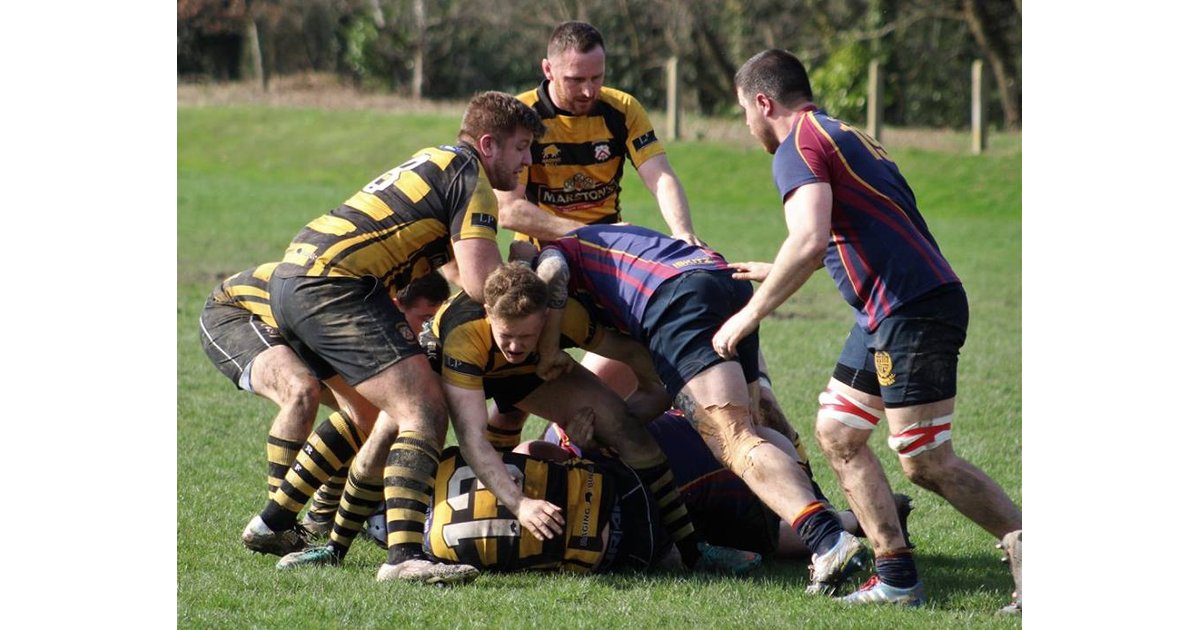 A strong performance delivers maximum points for the last away league fixture of the season as Stafford go into the final weekend sitting in second place promotion position.


Stafford took one of the longer journeys of the season for the last away league fixture of the campaign. The hosts, Edwardians, were having an inconsistent season but delivering some solid home performances. With the top three teams all breathing down each other’s necks, the travelling County Town team needed to continue gathering maximum points to ensure promotion.


Stafford showed their intent from the beginning of the match, using their relentless line speed to turn over ball and push the opposition into a deep defence. A heavy set of Edwardian forwards traded with the visitors but couldn’t keep out an elusive Will Hamplett as he stepped past several defenders and then rode a tackle to score the first try, converted by Christian Stelian. Both sets of players were finding it difficult to maintain their footing on a sticky surface but Stafford continued to dictate the game with a Christian Stelian penalty stretching the lead. The visitors pressure told again when Dan Smith tore through the defence, offloading to Oli Greatholder who demonstrated all of his juggling abilities before firing the ball towards Tom Windibank, as the ball went loose the rampaging Stafford tackled the ball away from the opposition and Tom Windibank fell on it for the second try of the afternoon. Edwardians responded with a bright series of phases which marched them up the pitch to secure a try and their first points of the afternoon. Stafford went into half time leading 5 – 15 but having to work hard against a slippery surface and threatening opposition.


An early Edwardians penalty could have further cut the deficit but the home side accuracy was slightly awry. A subsequent break by Oscar Saunders scythed through the defence and Christian Stelian hared down the wing before being bundled into touch five metres out. The ensuing home side line out misfired badly allowing Tom Williams to make good use of his legs punting the ball forward and a chasing Tom Windibank secured it for his second try of the afternoon. The home side were forced to endure wave after wave of attack which tore through a fighting defence. Tom Williams cam within a hands width of grounding a ball over the line but it took an attacking scrum for the ball to go through the hands and Callum Hoy crossed for the bonus point try, converted by Christian Stelian. Edwardians responded fiercely and a succession of penalties saw Stafford temporarily reduced to thirteen courtesy of two yellow cards. The home side got their reward through a converted try but with fourteen back on the pitch Edwardians had to defend strongly. A poaching Dean Fuggle took the final points of the game, stalking his opposite number at the scrum and then stealing the ball to cross the line for a try before anyone could react and the referees whistle signalled the end of a comprehensive display.