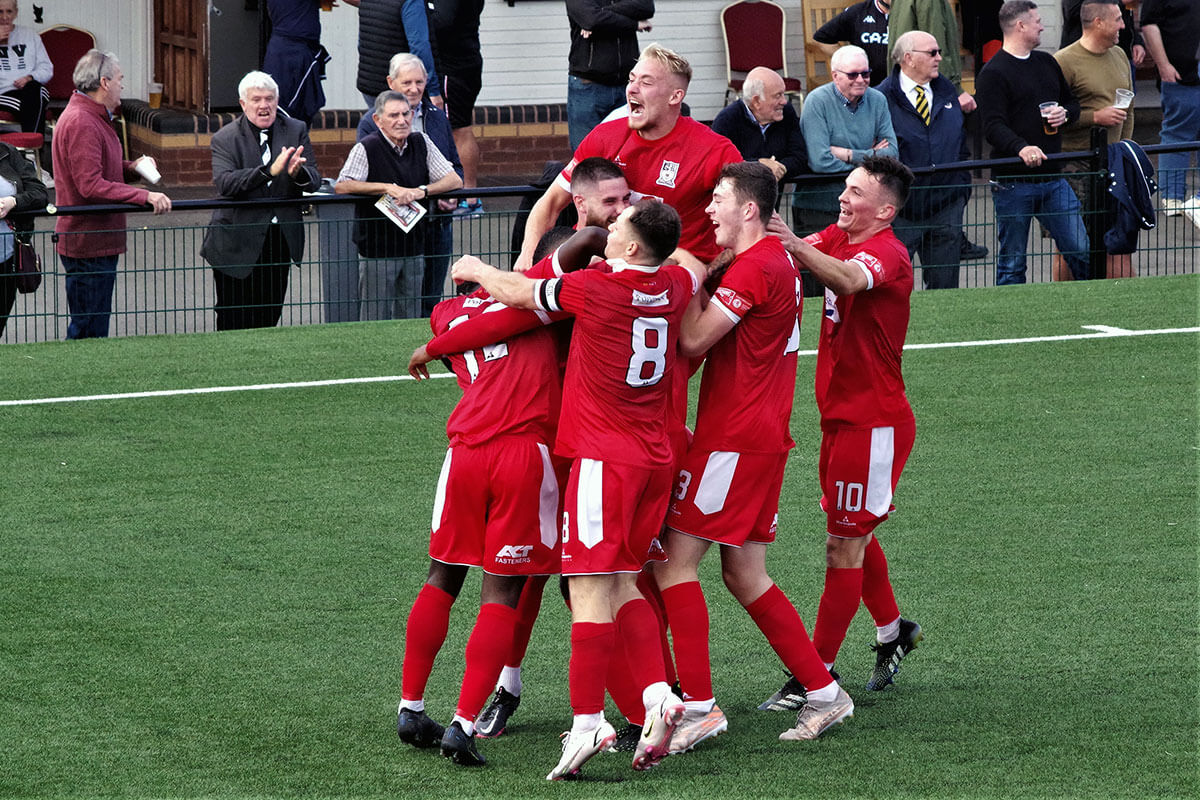 Stafford Rangers came from 2-0 down to draw 2-2 in the FA Cup 1st Qualifying Round after a late 92-minute equalizing goal against Rushall Olympic to ensure that a replay will take place at Marston Road on Tuesday evening.

First Half:
Rushall had the first chance of the game in the 10th minute with a shot hitting the crossbar but nothing came of it. In the 21st minute Rushall went 1-0 up after Simon Cobourne raced into the box and fired home an unstoppable shot which beat the goalkeeper. Minutes later Fletcher smashed the ball against the bar, this was the closest Stafford had come to a goal. Rushall continued to cause Stafford problems and after good play from Glover and Cobourne, Mitch Clarke flicked a shot over a home defender’s head and his shot was blocked. Just before half time Stafford’s Navarro ran down the wing but his shot was just wide. Rushall had dominated the first half and quite rightly deserved to be winning.

Early into the second half Rushall made it 2-0 after Parry passed the ball back for Danny Glover to fire the ball home. Looking to change the game and get back in it Stafford made a sub bringing off Luca Navarro and bringing on Joe Cuff. In the 65th minute Rushall had a great chance Cobourne advanced with the ball and slipped it to Parry who got round the keeper but the shot was just wide.

In the 66th minute Stafford got a goal back. A great ball from Fletcher allowed Tom Tonks to slide the ball into the net. Rushall then made 2 subs bringing on the former Stafford lad Callum Coyle and Rakeem Reid. Rushall continued to create chances and Moore had a shot from the edge of the area but it was well saved by Stafford’s keeper Luke Pilling. As the game moved into added time Stafford were still chasing the game so they made 2 subs, bringing on Charlie Ten Grotenhuis and Tyrone Ofori. Stafford equalized to make it 2-2 after Tonks launched a long throw in and it dropped to Charlie Ten-Grotenhuis who fired home for the equalising goal.
FT:
Rushall Olympic 2-2 Stafford Rangers