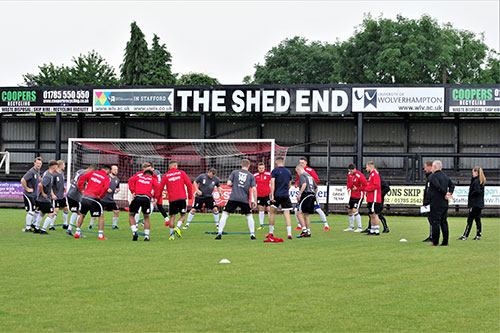 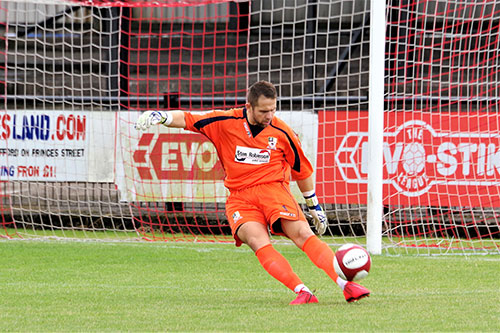 Going into a game against a young Port Vale squad, Rangers expected a tougher test then their first two friendlies, where they had scored sixteen without conceding, and this was just the case. As early as the first minute, Vale attacked down the left but Maxwell Chimenes effort at the back post cleared the bar. Hayden Campbell was then way over with a long-range effort, before Rangers first chance came as Louis Briscoe fed Jack Sherratt but Tom Gregors got down to save his shot.

A while later, Danny Burns robbed Liam Hickson but fired well over from long range. Theo Bailey-Jones then attacked down the left, but his back-post cross was cleared off Tom Thorley’s head. While Vale were enjoying some possession, Rangers were creating more chances and a corner into the middle saw Burns head just over. Campbell then bore down on Rangers’ goal but as he ran across Matt Hill, he was clipped, and the resulting free kick was fired straight at Lewis King by Joe Berks.

Chimenes again threatened but fired wide, before Rangers eventually took the lead on twenty-six minutes as the ball was rolled out to Thorley and his shot was too powerful for Gregors to keep hold of. Played frequently switch and Vale came back but Campbell’s back post ball just evaded Ammar Dyer. Bailey-Jones threated again, before half time as his cross saw Sherrat head at Gregors, before a great ball down the channel saw him fire just over and Rangers went in, one-nil up.

Rangers rang seven changes at half time but were still threatening from the off. Evan Garnett, making his debut, charged into the left channel but fired his effort across goal before Jake Charles did similar. On fifty-four minutes, things were level as Lucas Green-Birch ran across the Rangers defence, relatively unchallenged and fired across King into the bottom corner for one-all.

Play again switched for a while before Rangers started to assert more control and it was no surprise when the lead was regained, albeit from the spot. Alex Mallchurch upended Garnett and Jed Davies scored from the spot. Soon after, Andy Haworth saw his free kick from an angle flash across goal. Vale rallied briefly as Chimene had his run and shot saved by the trialist keeper.

On eighty-eight minutes, things were wrapped up as a right-wing cross fell to young Lucas Burnett who swiftly control and fired under Gregors for a deserved three one score line.