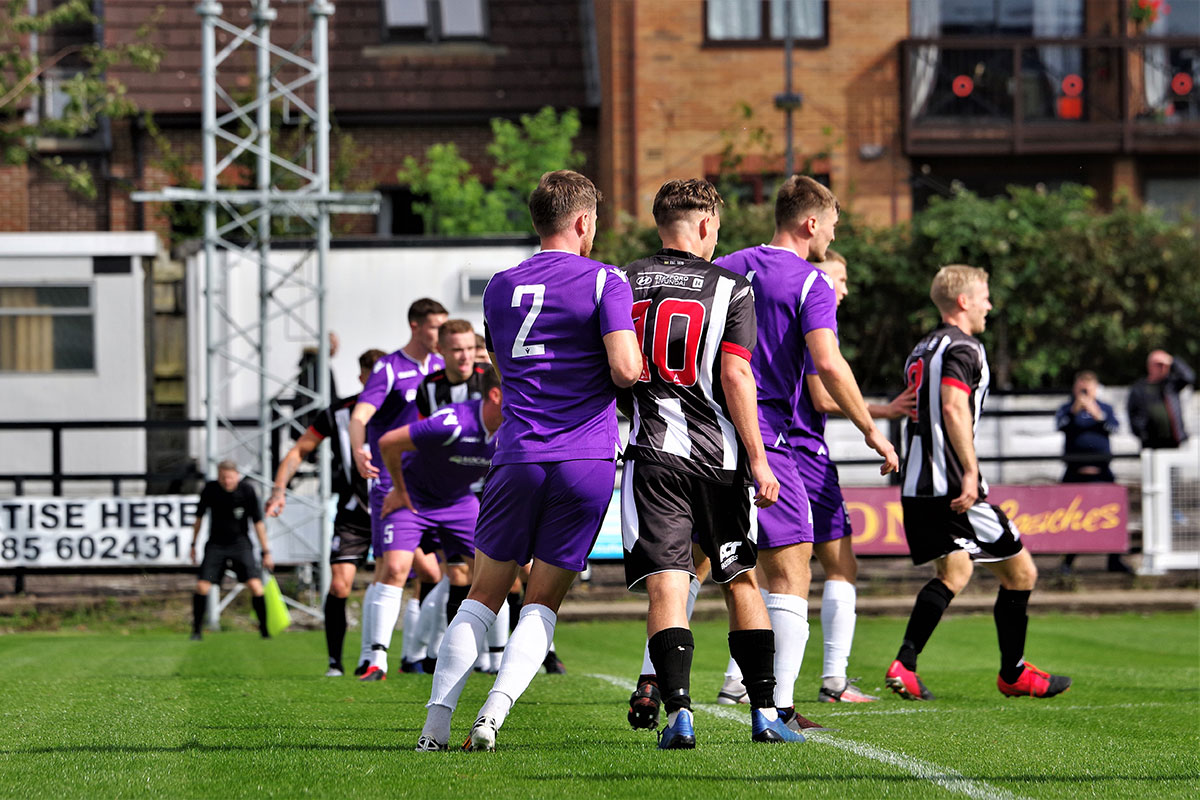 As pre-season fixtures go, it was an entertaining affair with Rangers playing a good passing game with Alex-Ray Harvey and Mo Sebbeh-Njie particularly impressive in midfield. The opening exchanges were evenly fought with the most notable feature being the caution given to the Chorley midfielder Mike Calverley for two fouls in a matter of minutes.

The second, an attempted rugby tackle on Callum Coyle, presented Rangers with their first shot on goal but Sebbeh-Njie fired straight at Matt Urwin. Jamie Sleigh came close when Coyle’s corner appeared to catch him a little of guard and though the Rangers man looked set to finish off the rebound, Urwin got in first to punch clear.

Sleigh’s involvement came to an early finish when he limped out of the action midway through the half with Joe Cuff taking his place. Cuff was the key man in the build up to Rangers’ opener, six minutes before the break.

It started in the Stafford area with a crucial tackle from Cieron Keane to deny Elliot Newby. Cuff countered on the left and skipped past two Chorley defenders in the area only for Urwin to deny him. But, from Coyle’s corner, Tom Thorley’s near post header found its way past the Chorley keeper to give Rangers a deserved half time lead. Chorley made two changes at the start of the second half and enjoyed the better of the action, resulting in former Stafford loanee Calverly levelling the scores on 49 minutes.

Soon after, Sam Coulson was called upon to clear the lines after Arlen Birch had sent in a low cross-shot. Rangers settled back down and found Coyle a threat on the left although Urwin was largely untroubled. But the Magpies’ keeper was helpless ten minutes from time when Keane’s superb finish restored Rangers’ lead after an initial free kick had appeared to come to nothing.

Mitch Candlin should have added a third soon after, but he fired over after Urwin had saved well following a shot from the one triallist on show for the home side. At the other end, Newby missed the chance to earn the visitors a draw when he blazed over with Lewis King out of position.