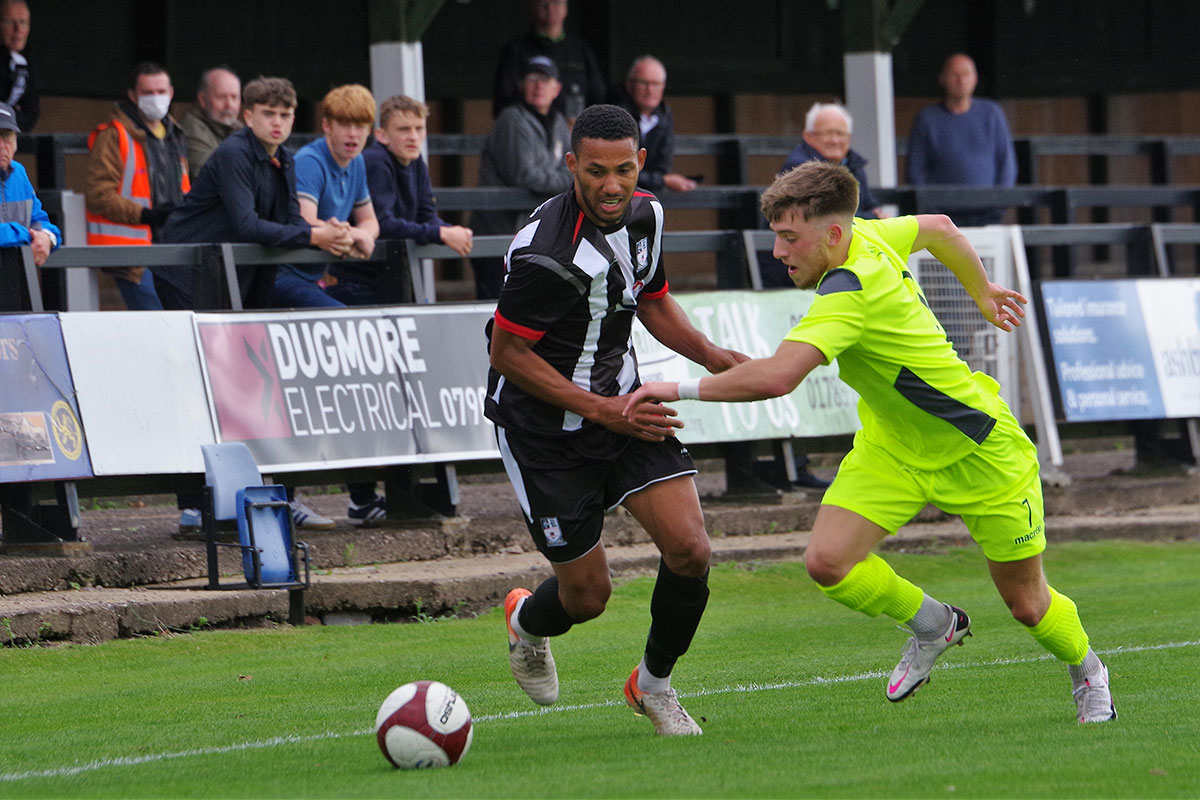 As we move closer to the start of the season, we can announce the following update to the squad. Firstly, we can confirm the signings of Josh Williams, Michael Williams, and Joe Morley.

Josh is an attacking midfielder who has featured in all pre-season games predominantly as a left wing back. A local lad from Stone, Josh has been signed following his release from Crystal Palace. Following time at Morecambe and Newcastle Town, Josh was handed a deal at Crystal Palace in 2019 following a 6-week trial.

Michael Williams has re-signed for the club, having recently played at both Hednesford and Chasetown. He adds experience and versatility to the squad having played in central defence and right wing back in recent pre-season games. “Dubz” has recently spent time with us, as well as being a tough opponent, so will be known by many fans already.

At 16 years of age Joe Morley is an exciting prospect and has appeared in some pre-season games on the left-hand side. Joe has also signed for both the U18 & U21 development sides. He has trained throughout pre-season with the first team and will undoubtedly feature at some stage. We hope the addition of Joe will draw attention to our continuing efforts to bring a level of continuity to our squad progression from junior to senior level.

Sadly, we can announce that Josh Burns has been released to seek regular first team football and is expected to sign for Sheffield FC shortly. We would like to thank Josh for his time at the club and wish him well for the future.