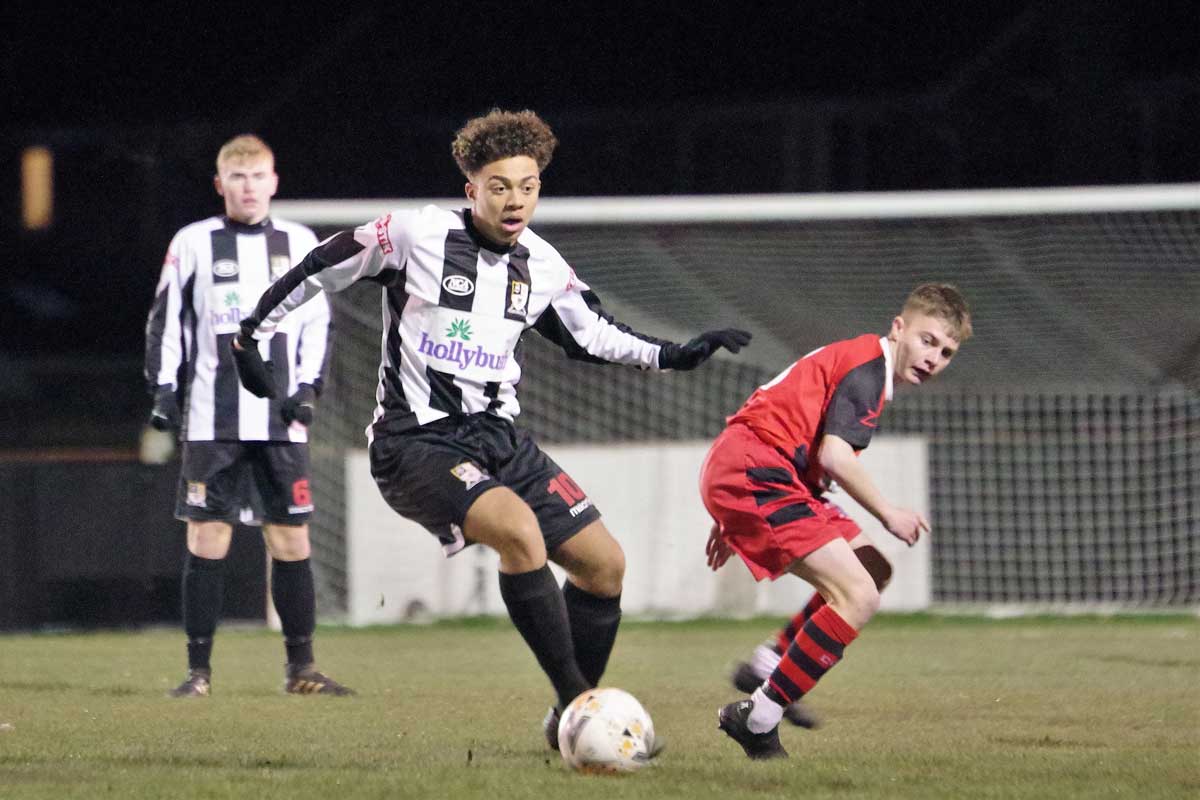 Stafford made the journey to Tamworth on a very cold evening, this game had seen Stafford give up their home advantage to allow Marston Road to be in perfect condition for the Staffordshire Derby on Saturday
Manager Mick Baikie made several changes to the squad, Owen Turner Joshua Stack and Danny Stevens all returned having been cup-tied last week and Alex Smith was re-called.

Stafford made a bright start to the game and an early chance fell to James Black who headed over from 3 yards, then against the run of play Coton Green’s KIERAN WHELAN cross/shot eluded Craig Pain and nestled in the top corner to send the host’s bench wild in delight after only 5 minutes
Stafford soon levelled after 11 minutes, Connor Baikie’s corner was again met by JAMES BLACK who made no mistake this time.
Stafford soon found themselves in a battle as the Coton Green midfield seem to be taking control of the game and in the closing stages it was keeper Pain who came to their rescue with a brilliant double save.

Stafford came out in the second half to find that Coton had changed their formation with pushing more players forward and again it was Pain who came to the rescue when he turned Whelan’s shot around the post.
Rangers again pushed forward, and Adam Taylor was released by Josh Moody down the right and his cross found Stack 2 yards out, who played a 1-2 off the crossbar and DANNY STEVEN bundled it home from close range to make it 2-1.
It was soon 3-1 on 73 minutes when again Stack combined with STEVENS, this time from a free kick, this didn’t deter Coton Green who continued to play some good football and it was Man of the Match Craig Pain who again pulled of two excellent saves.
In the closing stages Turner was brought down and LUCAS BURNETT converted the penalty for his 13th goal in all competitions
This result now sees Stafford move in the last 16