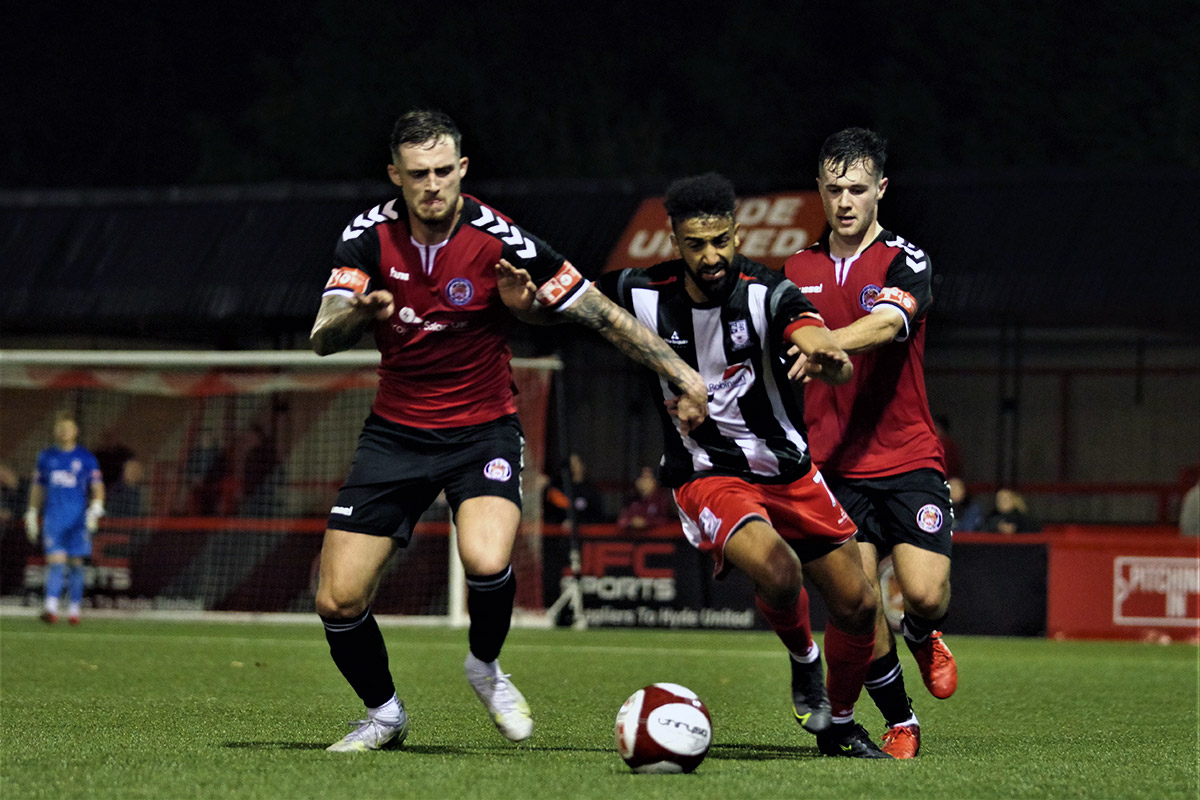 In the early moments of the first half there wasn’t a lot in it. Both teams played a very similar style of football with lots of long balls and challenges. Rangers failed to really penetrate the Hyde defence with their frontline getting little or no service. Midway through the first half it was Hyde who began to assert themselves on the game . They started to see more of the ball than Rangers would have liked and they made it very difficult for the opposition to get out their own half. If it wasn’t for Rangers keeper Luke Pilling, Hyde could have been at least two goals up at the break.

Stafford Rangers needed to show what they were made of in the second half, but unfortunately it just wasn’t their night. The second half didn’t really see any significant changes in the pattern of the game. Rangers just couldn’t get going – they seemed a bit out of sorts. One shining light for them was their number 8 and captain Thomas Tonks who tried his best to make a positive impact on the game. He latched on to loose balls in the midfield and did well to break up play on quite a few occasions. On 64 minutes Hyde went 1-0 up after number 7 Mitchell was able to get on the end of a great left hand sided cross. From a Rangers point of view the goal seemed unavoidable but ultimately, they weren’t able to stop the ball from coming into the box. The game rather fizzled out after the goal with Hyde seeming happy to shut up shop and Rangers not looking like scoring. Full time and a 1-0 defeat for Rangers on the road. A very frustrating outing for the boys. Let’s hope for better Saturday vs Matlock town.