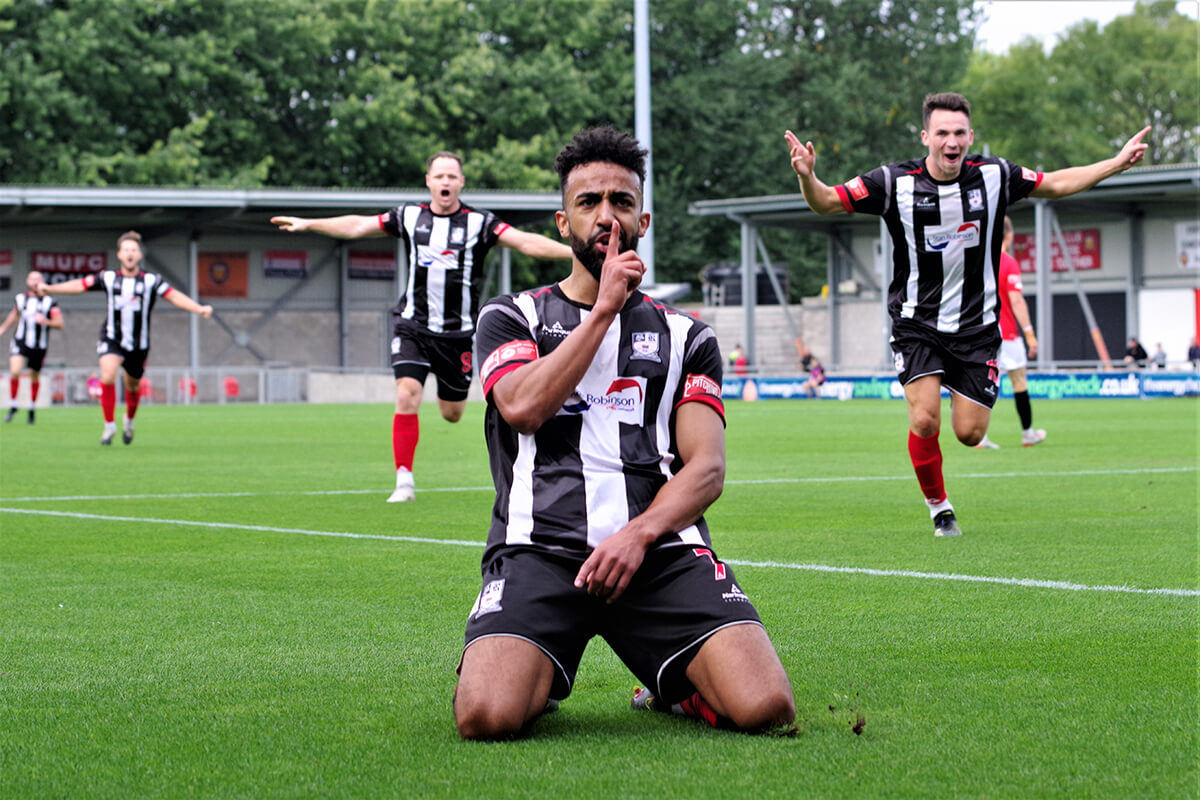 First half
The home side started the better of the two sides with Rangers seemingly up against it in the early stages. FC United of Manchester moved the ball with real purpose and Rangers did tremendously well to keep their shape off the ball. Rangers had a game plan which they executed excellently throughout the whole afternoon. They took the lead thanks to Joseph Kenton in the 11th minute after Thomas Tonks played him in on goal. Kenton smashed the ball past the FC United keeper to send the traveling support into dreamland 0-1 to rangers. FC United were on top for large parts of the first half but credit must go to Rangers for their defensive work on/off the ball. They coped with everything the home side threw at them and had opportunities to double their lead. Jake Charles came close to making it 0-2 after working hard – he was able to fashion out an opportunity doing all of the hard work but unfortunately couldn’t finish.

Second half
FC United had the opening exchanges of the second half but yet again Rangers stood firm and hung on to their lead. In the 60th minute Rangers’s number 6 James O ‘Neill was sent off following the denial of a goal-scoring opportunity and FC United were awarded a penalty which their number 7 Sinclair-Smith slotted home. After the sending off Rangers seemed the better side and in the 75th minute they went 2-1 in front thanks to Ben Woods following a corner from Joseph Kenton. Late on in the 83rd minute Rangers secured the win courtesy of a Thomas Tonks free kick that found the top right-hand corner of the net.

Full time 3-1 to Rangers – a fantastic away win and a great performance from the lads.